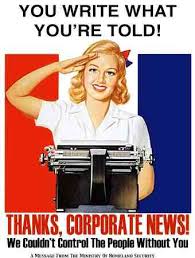 It's always surprising  to me how far behind the blogosphere the mainstream media is on stories like this.
The truth of how that story made it to the media is this:
Lane Jensen (Portland Transit Lane) brought the video to my attention the day it came out.
I posted it to my site and tweeked the original file so that the  annoying ad didn't appear in the middle of it.
Michael Anderson (Portland Afoot) noticed it and tweeted the story on my blog.
KOIN TV must follow his twitter because they picked it up from him.
After I saw that KOIN was interested I put a comment up on the on the YouTube site where it was published (Roz Miller) notifying them that KOIN was looking for them.
Now today its all over the mainstream media.
The blogoshpere gets very little credit but the reality is that many stories that appear in the mainstream media are reported days ahead in the blogosphere.
The bloggers that originally got the story are always ignored by the mainstream media, not surprisingly.
Posted by Al M at 11:46 AM