Am I responsible for the Lane Jensen debacle? 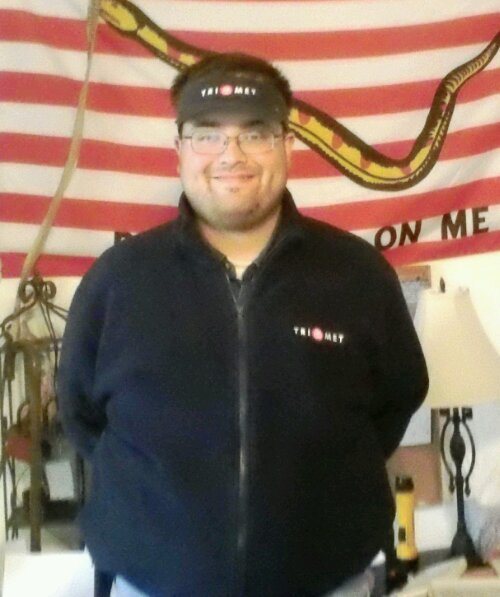 Apparently the DA alluded to that and one of my blogger buddies draws a direct connection between my support for Lane and his actions.

I admit recruiting him to the 'cause' and setting him up with what he needed to get going but once he got going he didn't listen to me or anybody else. There were several things that he was doing that I vociferously objected  to ( like texting the managers)but he pushed forward on his own.

And I do admit loving every single moment of Lane's blogging about Trimet. He was definitely the most entertaining  Trimet blogger since people began blogging (in my opinion of course)

I think Lane got a bad deal in the end with the full fury of the police state coming down on him with misconstrued facts and wild assumptions of his future behavior. Its a condemnation of how our government really works and its not pretty. There is absolutely no justification for any of the actions of the state against Lane Jensen. This situation should have never ended up in criminal court, it was at the most a civil action

Lane is a creepy bully who doesn't understand how to respect the boundaries of others. Any reasonable person would become afraid of him, based on his behavior at Trimet meetings and harrassing behavior using text message.

Funny, I always thought of Lane as a harmless geek who was annoying but never frightening..

Look at the results...just sayin.
HB

What scared Roberta was the truth that Lane exposed about her boss. Lane had the courage to stand up and fight the system. Its not Lane we should be afraid of its Tri Met at what it has become that we should all fear.

See Al, we agree yet again! Its almost a trend!

Only knowing Lane by his online persona, it would not surprise me to see the guy get extremely violent. I can see why two TriMet employees (both females ... not that that matters) have said they were genuinely in fear of this guy.

OK so it's settled -- lots of people who've never met Lane think he might be potentially physically violent.

...and yet those who actually *have* met him pretty much think that's totally ridiculous.

More authoritative research done by the anonymous internet peanut gallery. Thanks. Can I get some stock portfolio advice, as well?