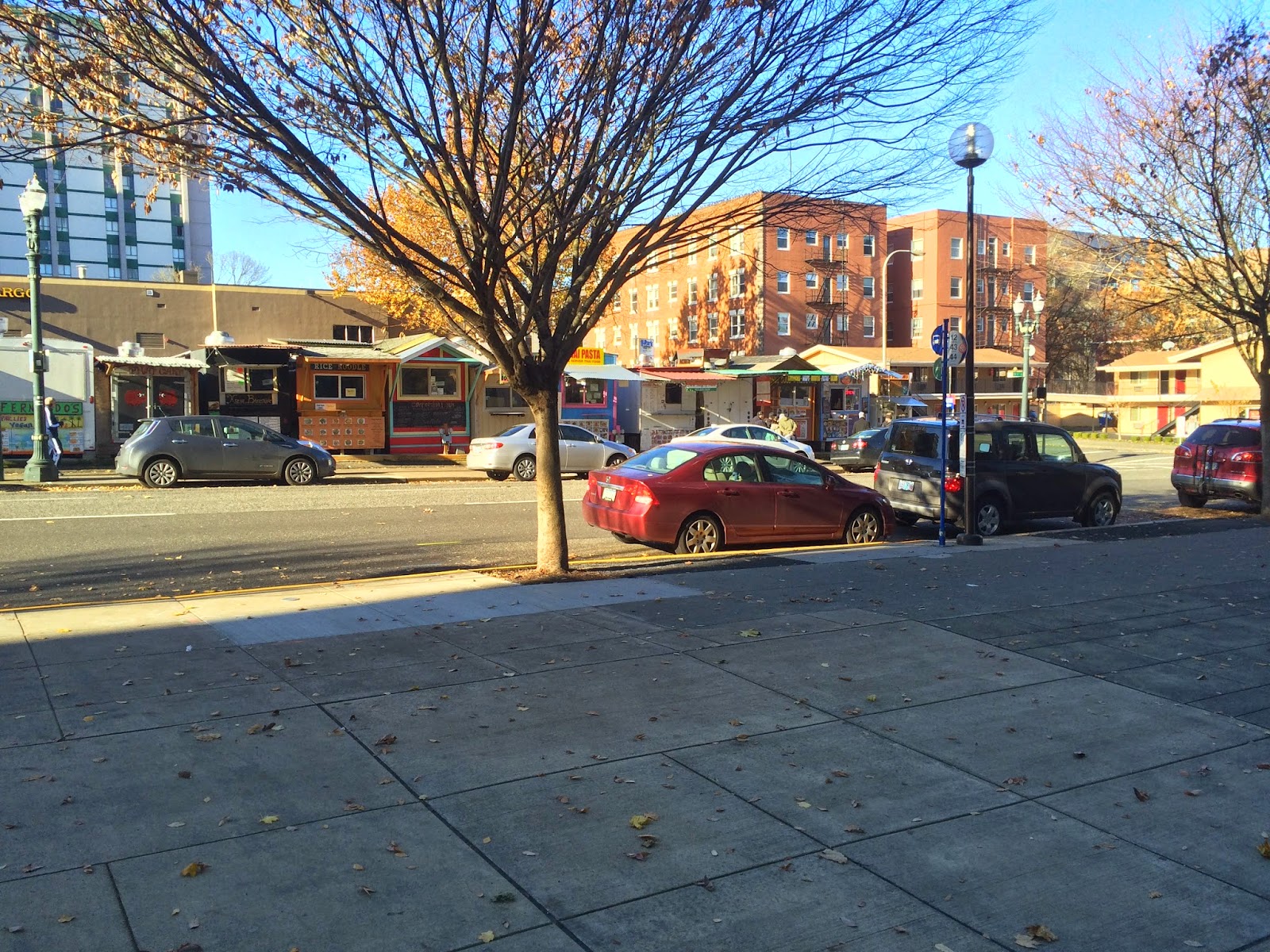 Another TriMet bus shelter, this time located on the property of TriMet's #1 transit generator (Portland State University), served by three bus lines, including one Frequent Service bus line (12-Barbur/Sandy) and one regular service line (44 Capitol Highway), plus the 1-Vermont...

For all you TriMet apologists...please list your excuse as to why this bus shelter (there actually was once TWO shelters here!) was removed...
Posted by Erik H. at 9:03 PM

What did TriMet say when you asked them?

They probably said "Due to budget constraints" etc, etc. Which, TriMet routinely digs themselves into, intentionally.

I fail to see how removing a bus shelter saves money

What did TriMet say when you asked them?

Call 238-RIDE on a Sunday afternoon and that is what TriMet told me.

Seems like if you wanted to know what happened to the shelters, you would have asked TriMet. If you don't want to call them, then maybe you should have sent an email.

...but it's not about getting an actual answer, is it? It's about whining...twice now...in a single post.

I figured since Erik isn't interested in actually getting answers, I'd email TriMet myself. Here's what they said:

Thank you for contacting TriMet. I checked with the Field Operations department and was told once the construction is finished the shelter will be reinstalled.

Huh, that's a different answer than what I got:

Thank you for contacting TriMet. I checked with the Field Operations department and was told that the shelter was removed due to vandalism and budget issues. We apologize for the inconvenience"