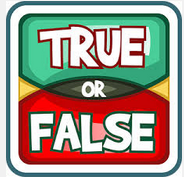 Latest Trimet propaganda. We all know how worried they are about their public image because basically that's all Trimet has is its image. It's no different than any other public transit district in the country. Better than some and worse than some. The 'myth' of Trimet is not even close to the reality of Trimet.

Lets take a look at their claims


1. 90 (more) new buses joined the fleet.
True, have no problem with this claim at all. This is a positive and long overdue

3. There’s a new bridge in town.
True I suppose. It's 'pretty' and all that. Tourists will love it, bicyclists will like it, and the bus routes they put over it should be more reliable because they can avoid the Ross Island bridge. Seems to be pretty wide acceptance of this stupid bridge nobody is talking about the $1.5 billion dollar project that lined lots of pockets which this was a piece of. The new max line may work for some but will actually be worse for riders who used to ride the 33. Those riders will be forced to transfer now from a bus to the rail which is always a bad thing. Transit works best the less transfers required. I was against this project and am still against it.
The bridge will do nothing to easy traffic congestion.

4. Ticket machines work better now. A lot better.
I think this claim is actually true. That's based on what I hear over the radio and the number of complaints I see on twitter. So good on them for this.

5. We have a fair and sustainable labor contract.
Fair to who? Certainly not fair to the retirees who thought they were going to have a retirement safe from excessive medical bills. The Trimet retirees got killed, the media ignorned it, of course. Almost 1/2 the active employees didn't even vote on this new contract and the retirees got no vote at all. Mcfarlane had the biggest victory in his career with this deal. I don't support this contract. I still say we were ripped off, by our union and by our former employer

6. Youth fares went down.
True, no argument here. One of the few things that Trimet has done that has actually benefited a segment of its ridership. Nobody else's fare went down though. How's that equitable?

7. Tickets will soon be valid for 2 1/2 hours.
True, this was an accomplishment of the organization OPAL who spent years dealing with the stonewalling and excuses of the Trimet management. Management finally relented. OPAL had asked for a 3 hour transfer and an unlimited transfer after 8pm which is done in San Fransisco. A victory for cash paying riders and certainly better than nothing. It needs to be mentioned that bus riders still lost time because they used to get 3 hour transfers on weekends which went out the window when the ticket printers came in. Trimet changed that policy without conducting an equity analysis. The FED's let them off on a technicality and Trimet promised never to do that again.

8. Crime went down 20% system-wide.
Who knows. The facts are that there has always been a very small chance of a rider actually being victimized on the transit system. What is not measured are all the incidents such as fights when the combatants get off and take off. None of the harassment is measured and none of the threatening behavior is measured. It's public transit. Anytime you squeeze a whole bunch of people in a small place you will have problems.

9. BRT is coming to Powell and Division.
Capital projects junkies. Trimet is addicted to capital projects. It would be too easy to actually perfect what they have right now, they just have to keep that capital projects department humming. This is clearly an attempt to MANUFACTURE CONSENT for the next project. I've always said get a bus going up and down Powell every 5 minutes  with internet access and decent seating and people will love to ride trimet. There is no money for cronies in something so simple however.

10. Get ready to “tap on.”
This is another $30 million dollars of your tax money being spent to reinvent the wheel. There are plenty of systems in place that use this technology. But as I stated above this is another attempt to manufacture consent to hand your tax money over to the insiders who will be involved with this. It's yet another capital project that will keep Trimet's bloated IT department going.
Posted by Al M at 1:10 PM