2014 has been a disaster for Trimet union members 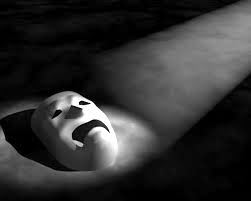 As you know Trimet has published a list of 10 reasons why 2014 was a good year for Trimet riders.
It's your typical bullshit but there is one thing in there that really pisses me off:

5. We have a fair and sustainable labor contract.

Fair to who exactly?
All the current Trimet retirees were lied to, its that simple.
We were told one thing and were given another.
Sold out by  our company and our union.


Years and years of giving up pay raises and other items with the promise that our health care would be paid for when we no longer could work.
Why do you think Seattle and San Franscisco have such higher pay than Trimet does? It's a $5/hour difference.
Retirees were stabbed in the back, end of discussion.
The only thing more despicable than  the act itself is the complete complacency of the Trimet actives and retirees.

Don't even try to argue that Trimet couldn't afford an amnesty for the current retirees because that would be total bullshit.
Trimet is rolling in millions and millions, watch how easy it is for them to spend money on the things 'they' (the execs) want.
Like $30 million to reinvent the wheel with their future tap card, they ponied that up without even bothering to ask anyone.

And all future transit bus hires get the shaft too.
No medical after 65 and a plan that will make it impossible to retire until you achieve medicare age.
And the defined pension has gone the way of the dinosaur, extinct.

I know that 80+% of the people that bothered to vote  voted yes to this bullshit give back contract.
I haven't even been able to process the sheer stupidity of  voting for their own cuts!
You think Mcfarlane would ever agree to a 'give back'? Hell no!

All the gnashing of teeth about our "Platinum benefits" and not one word about Mcfarlanes absurd raise, vacation, and retirement.

Even when he stole a raise for himself in the middle of service cuts, fare increases, forced union health care payments, nobody cared!

What the fuck? What is wrong with people?

The year 2014 was a tragedy for Trimet union members.

I was just over at Trimet Facebook and not one union member spoke up against the Trimet 10 reasons list. It's enough to make me want to leave this union completely.
Our union is so useless.
I know that my leaving the union won't help  so I'm staying.

I will say this though, I wish I had voted For Ron Heintzman and Jon Hunt.

There, I said it.

Right on the money!

Bruce also sold us out on the hours of service as well as the block sign ups.

I don't see how he can get re-elected.