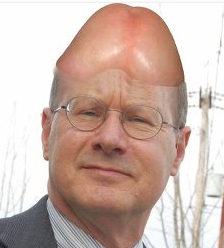 American public transit is pretty bad when compared to much of the world. Especially Europe and Asia. But that doesn't stop transit executives from gorging themselves on public money. Mcfarlane is just doing what every transit executive is doing. Taking whatever he can get.

We already know who our 'dear leader' is. Neal Mcfarlane is a greedy careerist willing to do anything to further his own personal agenda.

He and his handpicked over paid staff along with his board of sock puppets turned the public against the people doing the work at Trimet. This was part of his plan to screw union employees out of the retirement benefits that they had negotiated in the past. Unfortunately for union members, ATU757 was not up to the job of dealing with Mcfarlane and his army. The union gave him everything he wanted in the end. Something unforgivable in my book

Mcfarlane backdated all the givebacks to every single union employee who was hired after 1992. Every union employee who was hired or retired in the last 23 years suffered a Greek like cut to their pensions.  In my particular case these givebacks amounted to a 20% cut to my retirement pension not including the deductibles that I will have to pay for medical care.(completely ignored by the media)
Mcfarlane on the other hand got an obscene raise, this after he abused his union employees and lied to the public in 2012. Liars and thieves prosper in our system of crony capitalism.
So Mcfarlane retires a rich man and I retire  a poorer man. (along with about 3500 trimet union employees)

Mcfarlane, like Fred Hansen, is no hero. He's a shameless opportunist who was in the right place at the right time and knew the right people.
He grabbed as much as he could.
It made him a very wealthy man with an absurd public pension.