A couple of odd TriMet trips 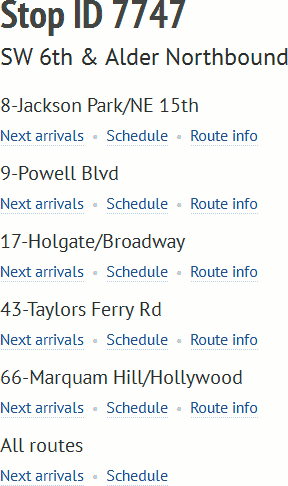 Line 43 officially ends at PSU, but the first trip (on block 3668) actually travels up the mall to Burnside.  There is no mention of this on the schedule.  Interestingly, the bus then deadheads back south, so it doesn't have a need to go north.


In addition, there is a Line 66 trip on block 9301 that runs from Powell and Cesar Chavez to 6th and Burnside; Line 66 normally doesn't serve downtown Portland.  It is not on the schedules for either Line 66 or Line 9 (which route it really follows, though it doesn't make every stop).  I've brought it up before and was told that it is a school tripper that originally was a Line 66 trip in the other direction.