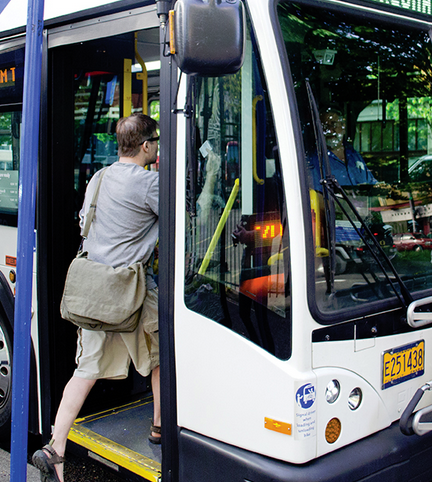 From a reader and rider:

At approximately 6:35 am on 3/18/15, a man ran up to the #44 bus at the intersection of Capitol Hwy. and 49th at a non-scheduled stop. He pounded on the door and once he was on the bus begged the driver to not let another man on the bus who was chasing him because he feared for his life. He was obviously distressed. The other man had caught up and was pacing at the door, telling the bus driver to let him on as well. The man in the red and black windbreaker, who had arrived first, was begging your driver to not let him on and stated clearly "He is going to kill me." The driver paused for a moment then let the other man on the bus. He began repeating "I don’t mean no disrespect, but you cant talk to me like that." The man in the windbreaker was cowering, pleading with the driver to not let him take off with this man on the bus. The driver simply said to both of them to get off the bus because "these people are going to get upset at you." At that point, the other man grabbed the man in the windbreaker by the back of his neck and led him off the bus, all the while the man in the windbreaker is begging for help. All but one of us called 911.

This was not our regular driver. Although I can understand the possible reason he let someone on the bus simply because they requested to get on the bus, there should be a discussion about what a driver should do when someone is pleading for their life to not let someone on the bus. Thisr driver could have allowed someone to be taken away to their death.

At Pioneer Square there were people holding signs saying "Transit Driver Appreciation." Several of us were quiet, as well as the bus driver.

What are your thoughts on this?