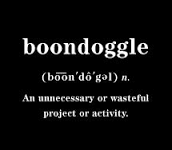 From BIKE PORTLAND  some of the most relevant parts:

Four years after the Portland area’s transit agency furiously chopped costs and recruited other local governments to balance the budget for its new $1.5 billion rail line, the price tag so far is tuning out to be more like $1.3 billion.
Though a few remaining bills have yet to be paid, the combination of persistently low interest rates and far more cost-efficient track and systems construction than expected has been so large that TriMet has been searching for new ways to spend some of the unexpected surplus locally.
According to a December 2014 construction report, downward revisions of $64 million from “guideway and track elements,” $42 million from “systems,” $33 million from finance charges and $70 million in unallocated contingency had left the agency with exactly $199,955,869 in “uncommitted” dollars from its $1.5 billion budget.