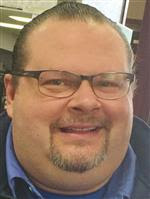 Shepherds of public safety should be reward with safe and secure working conditions in which to do their duties, and not made out in the press to be undeserving, overpaid, skilled labor by union-busting propaganda.
The socioeconomically charged buzzwords all too frequently used by Neil McFarlane, Randy Stedman, and their Public Relations PSYOP henchmen include, but are by no means limited to:
"Rich, $100k/yr, platinum Cadillac pension benefits-for-life bus drivers."

All of us who have paid any attention to their corporate media cronies reports during the last two contract bargaining ordeals knows exactly what I'm talking about.
The problem with that kind of negative rhetoric is that it provokes the unfortunate ill-informed, and sometimes simply ill riders who then lash out in violence, potentially deadly violence, against our frontline workers.
That kind of dangerous rhetoric has got to stop!
And, our union need to get equally deadly serious about making the case against it directly to the people in our communities, their elected representatives, the courts, and the Federal Departments of Labor and Justice.

This is another one of many situations where we need to marginalize the malicious management middlemen.  We need to stop cruising around this issue, stop allowing TriMet to dumb down the definition of felonious assault, push back, and hold that yellow line before anyone else gets permanently maimed or murdered.
S.O.S. is an internationally recognized distress signal, and our safety and security in the field is no less a matter of life and death.  I am proposing a wide-ranging, all-encompassing plan to restore our Safety & Operations Security, called S.O.S.  My S.O.S. plan has been evolving for the past four years, and I will continue to address the ever-changing conditions in the field using this comprehensive assessment.

Whether progress comes from 10 rounds in the ring, a TKO, or a judge's decision, when I represent you in the fight, you can bet I will take a firm stance, put up my dukes, and pummel down this deadly and diseased dichotomy at TriMet!


"CLASSIC SMARTS
FOR A STRONGER UNION!"
VOTE
Tom Horton
for
Executive Board Officer,
TriMet Powell Transportation
Posted by Al M at 10:43 AM