The Dangers of Operating A Trimet bus 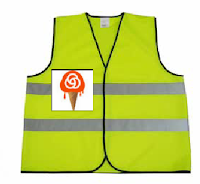 This post is reprinted from THE DRIVERS SIDE blog. Its truly an excellent essay on the stresses and injustices that Trimet bus drivers face.


These days, it seems everyone gets pissed off. Passengers are upset their normal line and train didn't show up and they had to wait longer. Operators are verbally abused virtually every shift and are expected to drive regardless. Dispatchers are overwhelmed, cops are elsewhere when needed, road supervisors are on the other side of their district. So what does Ollie Operator have at his disposal to determine how to handle each situation as it occurs? Himself, and his wits.

This morning, I read about an operator whose breast was grabbed and twisted roughly by a passenger with autism. Here are the facts as stated by our operator:

So let's start with the assault. This operator's breast was grabbed "roughly". From the sound of her account, the guy just wasn't going to let go without a fight. As this is a highly-sensitive area in normal conditions, and extremely painful when assaulted, I would imagine her self-defense was intensified due to pain and shock. The assault left her bruised, both physically and mentally. Yet it wasn't treated as an assault on an operator?

What if she had seriously injured her attacker in her natural defensive response? Had she broken his arm, would that constitute "reasonable force"? I mean come on, who hasn't been on the receiving end of a "titty twister"? As a male, meaning sans breasticles, it's painful enough, but for a woman... YEOW! So would she be arrested for assault for simply defending herself? When you're attacked, you don't have the luxury of determining just how much force is "reasonable". What if she had slammed his nose up into his brain, causing instant death? Would she be on trial for manslaughter? Would the media play up the fact the assailant was "special needs" and turn the operator into a villain? There is too much ambiguity where it comes to the term "reasonable defense", because a person is temporarily unable to gauge an appropriate response while under attack.

This attack left the operator, as a fellow union brother stated, in a "diminished capacity" to safely drive her vehicle. Without benefit of road supervisor to assess the situation, the operator wasn't truly qualified to determine her own ability to safely continue on the route. The human body's response to an attack is a biological "fight or flight" condition. The pulse and respiration increases, hormones are hyper-produced and the entire nervous system is amped-up to give muscles added strength, and the body's normal sense of equilibrium, or homeostasis, is temporarily abnormal. The mind is not tuned to produce rational thought at this moment; in fact, people are not "normal" for hours, days or even weeks afterward. The body is so primed to ward off an attacker, the energy this state consumes is enormous. Depending on the intensity of the body's reaction to fight or flight, hormone levels can remain imbalanced for several months after an incident. In the case of someone with a compromised cardiovascular system, the fight or flight condition could possibly trigger any number of catastrophic events, such as heart attack.

The correct thing to do here would be for the operator to refuse going back into service for at least one day, citing safety reasons. It is difficult enough to ignore the many slights, insults and verbal provocations we're subject to each shift. But when we're physically assaulted, it's time to take care of oneself, not worry about the transit agency's intolerant dependents.

No wonder our profession is deemed one of the most stressful, ranking up there with air traffic controllers, police and firefighters. When you consider how many times every day some operator has experienced a fight or flight response in his or her body, it is amazing we continue to operate buses in a safe and professional manner.

Besides our sister's attack, the other troubling aspect of this is her stating that her Station Agents weren't aware it had happened. The fact there was no incident number is disconcerting, considering we're instructed to report practically anything abnormal that occurs on our shift. Our dispatchers are very keen to what we go through "out there", as they have driven buses themselves. Their job is difficult at the least, managing operators, supervisors, mechanic calls and extra service operators. They are often under-staffed during peak hours. They have enormous responsibilities, and they usually do an outstanding job under extreme circumstances. Since we haven't heard about this incident from their point of view, I refuse to lay blame at their feet. Even if it was an error on their part, we have to remember human nature is far from perfect and we need to move forward, preferably as one.

There are any number of explanations we're not privy to, and it is a common response for us to want to blame dispatch, management, training, union or whomever when we believe something is wrong. We feel isolated "out there", and we want to protect our brothers and sisters. However, operators are but one of the lug nuts on the bus; we're part of a team. Our best response is to educate one another, increase solidarity and preach consistency.

So, God forbid, if one of my brothers or sisters who reads this is assaulted on the job, please do the following.

One of my beloved fellow operators was so terrified one night she reports "hiding behind a tree, running for my life, scared out of my mind" during her route, only to be disciplined later for parking her bus on the wrong track in the yard. Why did she even have to drive again after this incident? Even more infuriating, she was confronted by a manager who reportedly didn't even ask her if she was okay, and reprimanded for parking the bus in the wrong place. Hell, she should be applauded for getting the rig back without a scratch, considering she was likely on auto-pilot after such an event!

This is, sadly, a common occurrence for us out there. When our management refuses to acknowledge that we engage in virtual warfare on the streets of this city with little protection, and then insults us by reducing our benefits each contract, their actions alone are criminal. The public has a minimized perception that we're "only bus drivers", yet lately our union does little to educate it otherwise. There needs to be a concerted effort to support the front line workers, from management to the riding public to law enforcement to the legislature. Laws should not only be enforced, but violators should be punished.

I hope that if I'm confronted with an attacker, that my "response" is "reasonable" enough to warrant keeping my job, and my freedom. My hopes and prayers remain, as always, for the safety and protection of my fellow operators.