I knew Steve Banta from my time at tri-Met. I liked him very much. He was one of the more reachable executives  who hadn't completely lost his humanity to his ego like so many of these executives do. I even dropped in to say hi to him once when I was in Phoenix And we had a very nice visit. So I was sad to hear that he had gotten embroiled in this spending controversy at Valley Metro.

Let me say  that what Steve did was less egregious than what Neil Mcfarlane did in 2012. In 2012, after Trimet had been pleading poverty, Mcfarlane cut bus service, raised fares to among the highest in the country, and also abrogated the  promises made  to union retirees , McFarlane, conspiring with the puppet board of directors, hid himself and his pals $1,000,000 in raises. Raises that have been compounding ever year since 2012 and will continue to compound costing 10's of millions over time.
Steve Banta didn't raise fares in Phoenix.
Steve Banta didn't cut routes in Phoenix.
Steve Banta didn't cut employees/retirees health insurance.

The difference is that McFarlane is in Portland and Banta was in Phoenix. In Portland you can get away with this sort of legalized theft. In Arizona you can't.

But it appears that Steve has landed on his feet complete with a generous compensation package that all of these executives seem to walk away with. He supposedly is still under Federal and state investigation but we all know how those things go. They just wait a year then say there was no criminal wrongdoing. I don't believe that Banta had criminal intent here. Actually I know he didn't have any criminal intent.
I think he was living like many of these Transit  executives live. I've read dozens of stories like this over the past 5 years.

To quote Frank from season 2 of HBO's TRUE DETECTIVE on public transportation: "this is the last pork barrel left outside of defense". 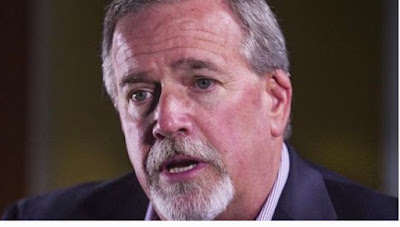