We had a situation where a Trimet driver was attempting to inform dispatch that there is something wrong with Trimet scheduling.

Dispatch was adamant that the bus driver was wrong.

This involved the bus 19 and the union manor loop. Dispatch insisted the bus didn't go there on Sunday  while the bus driver insisted that the schedule said it does.

Well guess what, the dispatcher was wrong.

Here are the communications

And here are the PUBLISHED Trimet schedules

And here are the screen shots of the Sunday Schedules 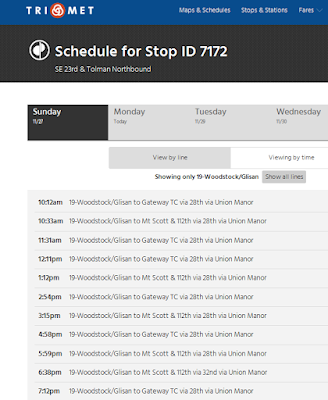