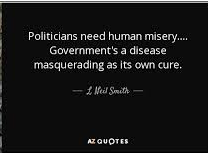 You may have read reports over mainstream media or some of the social media and even well respected transit consultants "congratulating" Trimet for the "wonderful job they are doing", unfortunately its complete rubbish.

Trimet and its "regional partners" like ODOT and PBOT are doing a miserable job during this last weather event. Roads are a mess, light rail is functioning but barely, and they still haven't figured out how to make bus tire chains that work.

Incredible suffering is happening in the community by both transit riders and Trimet employees. Trimet employees have the solace in knowing they have some decent overtime pay checks coming in at least.

Nobody knows where the battalion of Trimet executives, managers, coordinators, Information Technology, Capital Projects, Marketing and all the other people that make up the gated community known as Harrison Street are. My guess is most of them are home, the others in offices "directing" (if you want to call it that) from the safety of a heated office somewhere.

Below the break is what is REALLY happening out there. The stuff you will never hear from the mainstream. The mainstream that never stops trying to distort reality. 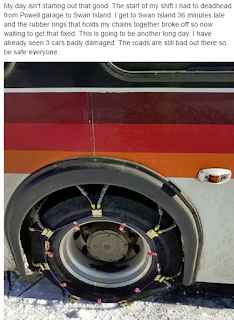 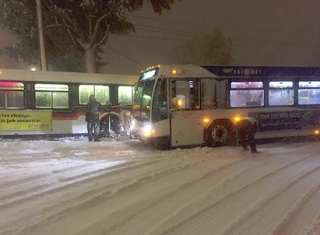 @leclaireman @AlYourPalster @trimet
You are lucky. Twice this week I have waited at a stop for 2-3 hours past time with no bus stopping.
— christy (@worlton2921) January 15, 2017


@transit_tweets @trimet did not inform travelers that the 58 was on a snow route. I also got "information not available" and was stranded.
— Sid Eli (@thebitemegirl) January 15, 2017


Got stranded and asked tha fat fuck trimet employees if I could use their phone cause tha max stopped running
— MANA (@ReptilianHybrid) January 15, 2017


I am standing out of the sun in the wind with two arms of groceries and apparently have to wait almost an hour for a @trimet 14?
— b!X Frankonis (@theonetruebix) January 14, 2017


@trimet can't even be bothered to clear their sidewalks. pic.twitter.com/ueBu2cCMEK
— Dave (@somedave) January 14, 2017


It's a humbling moment when you are lazy and put a trip into Trimet Transit Planner and the only response is to walk.
— Andrew (@acrampton) January 14, 2017


@trimet @OregonGovBrown @tedwheeler when u have 3 of the SAME buses following each other MAYBE u should rethink ur routes! GET IT RIGHT!!
— whereiszannah (@WhereIsZannah) January 15, 2017 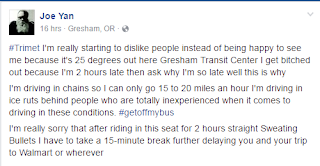 
Rail operator has had enough

But will they let her go


Rail operator has nobody to get him at relief


'You're holding me past my clear time'


You're so late you're early' 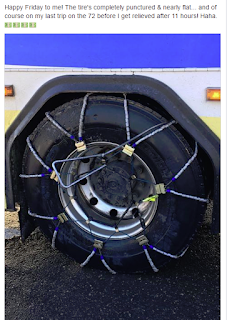 
'You were in an accident'

'If you count this has an accident'


Six 72 buses following each other down the road and double decker bus in the waYhttps://t.co/c9ygOua9KE
— AL M (@AlYourPalster) January 14, 2017


@trimet I know it's extraordinary circumstances but five full busses pass the W. bound 20th & Sandy stop. We need to get to work too!
— Ben Waisanen (@BenWaisanen) January 13, 2017