This latest Trimet fiasco has gripped the attention of the Portland Metro area. And there are arguments back and forth whether or not she deserves the full boot of the police state on her neck

Trimet issued  One of its “fact checks“ (those are always laughable) pretty much  dragging the defendants name through the mud. That's no surprise, that’s what they do over there.
Trimet is nothing abut a functionary of THE STATE and fully supports the intrusion of the police into our daily lives.
The ACLU is on the case  guaranteeing a real circus if this ever goes to trial, which I sincerely doubt it will ever do.


The only issue that matters to me here is that someone ended up in jail over a two dollar and 50 Cent transit fare.
That’s the evil, that someone could actually end up in jail over a transit fare.
The fact of the matter as I see it is that the police state is fully integrated into the transit system as a method of social control.
Fully uniformed and armed police checking fares is an abomination as far as I am concerned.
Trimet,as a functionary of THE STATE fully supports this and has diverted transit money into the police state activities and capital projects

“The state” refuses to let this go, of course.
“The state” has no moral authority to be  pursuing this ridiculous case.
But they have the guns and the courts to make sure the serfs stay in line.
It’s not bad enough that she was dragged off the train in handcuffs and booked into jail over a transit fare?
Apparently not.

“The state” (oppressor of the people) wants to charge her for not blindly submitting to ‘authority’.
Now certain people don’t see the danger of a totalitarian police state acting in this sort of manner, and that’s a goddamn shame indeed.

‘We the people’ are taxed, enslaved, and bullied by ‘the state’ and its corporate overlords.
‘The state’ is our enemy, it’s just to bad people get so wrapped up with their emotions that they loose their intellect when stuff like this happens

This is 100% the fault of Trimet by enacting policies that brutalize it’s ridership, and the Portland metro police state (aka the transit police) for their lack of humanity.

This never should have happened. Once they established her identity (that shouldn’t Happen either) they should have let her go with a fare evasion citation and that should have been the end of it

Our “masters” want ‘us’ to pay for a new light rail line to Tigard. How bout  ‘we the people’ make the transit system free instead and end this madness once and for all. 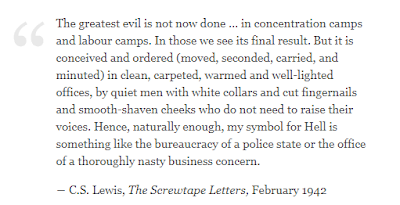 OREGONIAN ARTICLE HERE
Posted by Al M at 8:49 AM

Yep! Their fare policy is a complete disaster. The employees and public knows it@ Ridership numbers speak for themselves.

You had me until "How bout ‘we the people’ make the transit system free instead and end this madness once and for all."
That would be jumping from the frying pan Into the fire.
Seriously.

And why is that John?