OPAL's Jonathan Ostar can't get a straight answer either 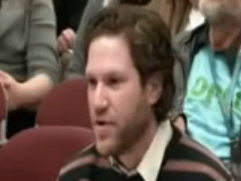 OPAL members are getting the same run around as the ATU members. Trimet speaks with forked tongue, they say one thing then do another. OPAL representatives have been way beyond patient in dealing with the scummy Trimet executives who apparently are taking great pleasure with their ability to toy with OPAL members at will. Actually they are doing the same thing to union members.

6 Reasons Why People Are Dishonest

1. Laziness
Lazy people like to take the easy way out. Just think back to your high school days and the amount of cheating that went on. You had friends, girls (or guys), sports and TV to think about; who actually had the time to study? People who are unmotivated and want things to come easy will take the dishonesty route.

2. Don’t have the skills
People who don’t have the skills need to cheat to get ahead or keep up with the rest. We see this all the time in sports: baseball players take steroids, China uses 13-year-olds for the Olympics and football coaches tape opponents’ practices. It must be devastating to devote your entire life to a sport, only to find that you naturally just can’t measure up to your competitors. Instead of being true themselves, these people choose to cheat because of a lust for fortune and fame.

3. Peer pressure
My Dad once told me, “Tell me who you hang out with, and I’ll tell you who you are.” These words have resonated with me throughout my life, and I have surrounded myself with people who are honest, motivated and intelligent. But what about people who grew up with dishonest friends? Is it their fault that they’re dishonest as well? I am one who promotes that an individual is ultimately responsible for his or her own decisions, but I do feel that we are a product of our surroundings. Peer pressure can make a weak individual do dishonest things.

4. Greed
If JP Hayes had cheated, he would have been a victim of greed. He has money, fame and is an accomplished golf professional. He doesn't need the money at all, and not making it into the tournament would not have been the end of the world. However, some people are greedy and want to make as much money as they can. They crave the attention and want to be in the limelight.

5. Financial situation
When you’re broke, you think of any way to make money. If you have to commit dishonest action to make money, then you do it because of necessity. Well, I shouldn't say “necessity,” because there are always ways to survive financially in an honest way. These people just choose dishonesty because they want the easy way out.

6. Confused morals
If you’re brought up by dishonest parents, then you have a high chance of being dishonest as well. I had a friend from UCLA who cheated his way through his entire life:

He lied on his UCLA application by putting hundreds of hours of community service when he really had none.
He cheated on every single test.
He lied on his resume by writing that he had founded companies he never started.
He even tried to cheat us out of rent money! (Yes, the guy was my roommate.)
The funniest thing was that he thought everything he did was perfectly normal! He didn't care if it was honest or not; he just did what he thought was necessary to progress in life.

So the answer is clear: JP Hayes did not cheat because he was NOT influenced by the six points above:

He is not lazy, because he has been practicing and playing golf all of his life.
He does have the skills, because he has previously one a big tournament.
His peers are honest golfers, so it was pretty much positive peer pressure.
He showed he wasn't greedy because he disqualified himself.
He has a lot of money, so he wasn't in a bad financial situation.

I don’t know about his parents, but I’ll bet they were honest people as well.
So, why the post? If we understand and confront these six reasons for dishonesty, we can all become more honest people.

Who the hell is JP Hayes?