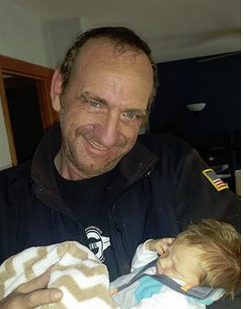 I have attached a copy of an article printed in our local union paper "The Bulletin" Volume 116, Number 3. The article is titled "NOMINATIONS AND VOTE FOR ATU LOCAL 757 ELECTION COMMITTEE" and is posted to satisfy §452.56 of Department of Labor, 14.7 of ATU International Constitution and General Laws and Section 13 of our local bylaws requirements. I have also attached copies of two emails I sent on February 10th, 2015 with concerns about the article. This establishes the start date of which I had expressed my concerns and requested an investigation from local, International and the Department of Labor.

Upon reviewing this notice I have found that the Nominations of candidates date of May 11th and the Ballot count on June 23rd is in violation of section 13 of our local bylaws. The amount of time between May 11th and June 23rd exceeds 30 days (the maximum time allowed). On February 10th, 2015 I attended our continuation meeting. At the start of the meeting you made reference about the email I sent in regards towards the dates not being correct. There was at least 10 members present at the time of the meeting. You advised us that you had legal view this information and that the dates appear the need to be corrected. This confirms that the information provided with in the notice to satisfy §452.56 of Department of Labor, 14.7 of ATU International Constitution and General Laws and Section 13 of our local bylaws requirements is no longer a valid notice.

After you talked about that I then expressed my concerns about the statement "It may happen that committee members will be required to perform limited committee work as unpaid volunteers." You explained that Election Committee members are paid their "Run Pay Time" and if the members work over or under that time they are still just paid their "Run Pay Time". A simpler example you gave was if a Election Committee member had a normal "Run Pay Time" of 9 hours then that person will be paid 9 hours no matter if that person works 8 hours or 10 hours. You stated that "it works out in the wash". You then continued with the meeting making no more reference towards the article.

Stating that members will be required to work unpaid can also be viewed as a way to discourage members from participating in such a vital role in our election process. It creates too many possibilities that attacks the security of our union. What if a current officer in office wanted to make sure select members are a part of the Election Committee. The first step would be to discourage members not to take part and then tell the ones wanted that they would be paid fully. With this being said then electing an Election Committee without correcting the notice brings doubt that the Election Committee is a valid committee to oversee our election.

Because of the importance of our Election Committee and to assure that all members have the opportunity to participate without being discouraged, proper notice must be given to all members. Currently there has been no corrected notices sent to all the members. Failure to provide an accurate notice to all members before an Election Committee is elected is justification to challenge this election and request to have the International investigate and correct the challenge. If this can not be corrected by May 10th, 2015 then the Department of Labor will need to assist.