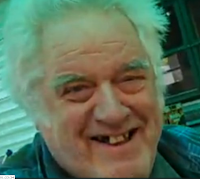 Alan Townsend was a pal that I met on the group BUS EMERGENCY, this is the post that I made on that group.
One of the very first people that I met online and became pals with I met right
here in BUS EMERGENCY.
Those of you who have followed this group might remember that occasionally
someone would post some wise ass comments always directed at me, his name was
Alan Townsend, he lived in Seychelle Canada.
We became friends and chatted often via video chat. I even drove up to Canada
and visited with him. As time went on we chatted less and less but always kept
in touch with each other.
I got word today from his daughter that he died.
Rest in peace old pal
Posted by Al M at 12:11 AM

Wow, Al was actually nice back then and cared aBout people.