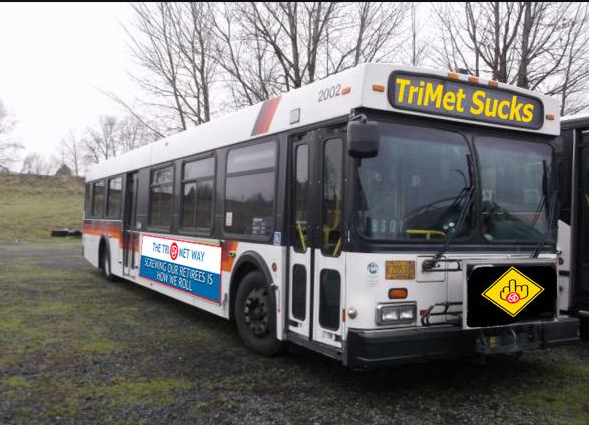 I sincerely hope that you will re-mount the left mirror once you own the coach so you or especially those you let drive it who may be shorter than you, will be able to see pedestrians when making left turns. Something TriMet evidently doesn't really give a shit whether their drivers see the pedestrians or not as I don't think they've done anything about the left mirror problem even after Sandi Day's accident ...have they?

Maybe somebody can confirm for me if TriMet has made any modification since 2010 pertaining to the left mirror. Or are they standing pat with the testimony of Shelly Lomax that she doesn't think "the mirror is an issue" (CLICK ) even though both Julie Strickler-Thornton in 2007 (?) and Sandi Day in 2010 gave the specific reason that they didn't see the pedestrians who were killed because of the left mirror and A-pillar blocking their view. I'm almost positive that if the left mirror had been lowered about a foot after the Julie Strickler-Thronton accident in '07 that Sandi would have been able to see the pedestrians that night.

I wrote to the Deacon in Blue but haven't heard back asking if TriMet is still using left mirrors mounted in an orientation shown on his Blogger profile. If they are still in that configuration, they could stand to be mounted at least foot lower. Like THIS (KCM) instead of ...THIS or THIS (TriMet?).