The streetcar craze started in the whitest city in America, which is Portlandia of course.
The entire city of Portland Oregon is a pretty good testimony to white privilege actually.
Gentrification is consuming neighborhoods one at a time like a hungry ghost. 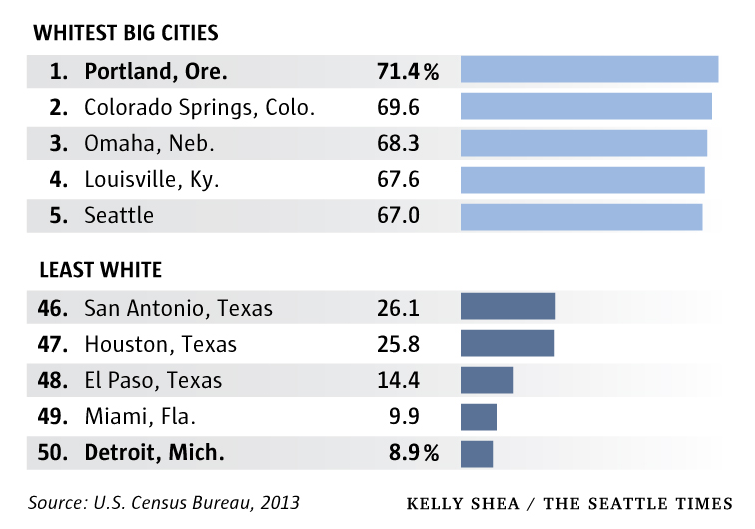 Hell we even have a bridge that doesn't even accept cars on it!
Pretty funny when you consider 88% of citizens use cars
and Portland congestion is the 6th worst in America
What other city would have thought of something like that?
Posted by Al M at 8:22 PM