Bus drivers need to protect themselves 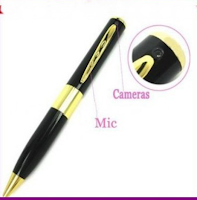 Up in Seattle a bus driver got into a confrontation with the cops. We all know that cops lie routinely about everything, its part of their culture. Low and behold the bus driver was wearing eyeglasses (google glass?)that record interactions. That video saved the driver from discipline.

When I was working at Trimet I used to keep a hidden audio recorder going through my entire shift. I was subjected to numerous phony complaints which made it clear to me that I needed to protect myself. I would encourage all bus drivers everywhere to protect themselves by carrying recording devices.

Remember you are out in the public constantly and anybody can make up anything they want against you! Bus drivers need to be proactive about protecting themselves from false complaints. Notice that Seattle Metro has 'banned' drivers from doing that. I say to them F*K you! If the shit hits the fan you will have the evidence to protect yourself!


The investigation grew out of a complaint filed by King County Sheriff’s Office Sergeant Lou Caballero after an early-morning argument on Nov. 14 between he and graveyard-shift driver Kelvin Kirkpatrick in downtown Seattle, internal Sheriff’s Office documents show.

In the incident, Kirkpatrick, a 20-year transit veteran, criticized Caballero and his deputies for failing to remove non-paying “sleepers” from his bus, the latest in a series of tense interactions between the men.

“You got three f*cking deputies out here that don’t do nothing,” Caballero, who is Cuban-American, quoted Kirkpatrick as yelling at him.

Another deputy, Amy Shoblom, who is white, also said Kirkpatrick spoke those exact words in a witness statement written after the fight.

However, footage recorded by Kirkpatrick in a camera built into his eyeglasses and later shared with investigators shows that the driver did not use any profanity.

A third deputy told investigators he did not hear anyone use swear words during the fight.

“I’m not yelling at you, sergeant … I’m expressing how frustrated I am at the fact that I’ve got three deputies that don’t do anything when I need help,” Kirkpatrick can be heard saying.

Sheriff John Urquhart could decide as soon as next week whether to act on the recommendations of other top sheriff’s officials to fire the pair for dishonesty and retaliation, a spokesman said on Thursday.

Caballero, who was not aware he was being videotaped, could be fired for dishonesty, inducing dishonesty, and retaliation, while Shoblom faces expulsion over dishonesty. They have both questioned the video’s authenticity.

Julie Kays, an attorney representing Caballero and Shoblom, said: “Lou and Amy are honorable and dedicated officers who have tirelessly served the people of King County.”

Without the video images captured by Kirkpatrick, the incident “would have resulted in progressive discipline against him as a transit employee,” Major Jutilla wrote in his memo.

Trimet themselves concocted a phony complaint against me for 'not calling stops' I had the recordings for each and every day that I was working there stored safely on my computer for incidents like this.

I never said I had any recordings nor did I admit I had the recording in my possession.

I knew that if I admitted that I had the recording then they would discipline me for that infraction. Trimet was trying to set me up, again.

I saved those recordings only if I absolutely had to bring it out, say if they tried to fire me for not calling stops, or if somebody attempted to make up some other shit against me I would have my library of recordings ready to go.