The plight of the Trimet retirees

Certain people with certain levels of influence had lead the public to believe that we Trimet union retirees were getting the "richest benefits in the country" and  that somehow we got more than we should have.
As a result Trimet retirees who were ill lost substantial amounts of their pension benefits.
The plight of the Trimet retirees 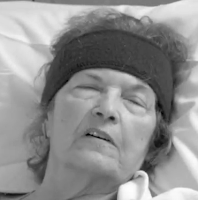 How many six figure executives, who have gotten raises while we union members have gotten  cuts, will donate to this hard working well liked employee?
The "other" Trimet as Trimet General managers like to say.
I bet none.
Donate to Dan Schenks funeral expenses here!

Have you noticed the busses lately, on the front it says "Trimet is hiring", on the back is says "Join our Family"! Ha! They are the biggest hypocrites ever.
HEY TRIMET- learn how to treat your family members and you will not need to make false advertising on the backs of your busses.