Paulette Rossi on the stupidity of Trimet road reliefs 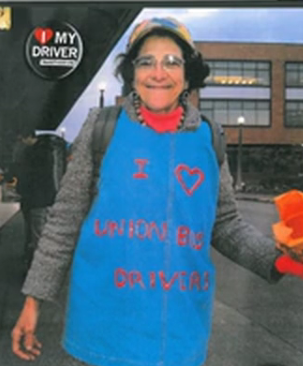 Gotta say, she made some good points - especially re: the 22-block ride from Gateway.

Oh man, how true is the point she is making!

At the agency for which I worked, I argued and argued for having the majority of relief points at terminals.

The standard canned response I always received was 1) it's traditional to make reliefs at specific locations on a line because it's been that way for years and is the closest point to the garage, 2) it would cost too much as some lines are very long and making a relief at a terminal would be impractical and just create a tremendous amount of extra expense when it comes to the run cutting process and paying operators for time that doesn't have to be paid, 3) the computer gives the optimal road relief points and times and we owe it to the taxpayers to operate in the most efficient way possible (this one always amused me as I watched them "waste" gobs of money on other things).

I understood their argument. However, there were some specific situations similar to what Ms Rossi describes where it would just make more sense to modify what the computer dictates and change the relief point to a terminal. They did change some when I brought it to their attention but others, they argued that it would just cause too much unnecessary expense.

I got to the point where after making a relief, I would not spend more than 10-seconds adjusting the mirrors and seat before taking off. I'd just wait until reaching the terminal or whenever I had the time fine tune the adjustments.

So, I'm sure transit agencies will not significantly change their stance on this issue in general but the specific situation Ms Rossi describes definitely sounds a bit convoluted and illogical.