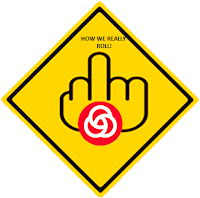 I'm convinced it was his social media presence that got him fired.
He met all the qualifications to be a permanent employee and actually liked the job.
He met all the goals of a probationary employee yet last week he was put out on administrative leave and today he was told he 'he was a danger to the company'.
He was not given any specifics as to why they came to that conclusion.
All of his check ride reports were positive.
When he pressed the  station manager for some answers the manager hung up on him.

I know that Trimet officials are capable of heinous acts (see the attempt to imprison Lane Jensen) but this guy certainly didn't deserve this treatment.
He only spoke highly of Trimet on social media.
I'm actually shocked that this happened to him.
As I said, I think they were scared of his social media presence.
Many of us followed his feed studiously.
The last thing Trimet wants is union employees who are 'too big for their britches'.


Personally I think they did him a favor. That job is not what it used to be. Drivers can make more money driving for UBER actually albeit there is no benefits but then again there are no moron bosses either.
Remember that Trimet refused to hire our buddy Chad Solomon who is now employed full time at Seattle Metro and absolutely loves it!

One of the most entertaining #trimet feeds was @TMDriver Today the cowards at Trimet fired him by phone pic.twitter.com/lLowgDrMIY
— AL M (@AlYourPalster) November 4, 2015

@trimetdriver a bucket of suck. Hold fast, Sometimes what looks like a fail may become a great success.
— Dan Christensen (@Dan_Christensen) November 5, 2015

@trimetdriver @trimet have you talked to a union rep?? this smells hella fishy
— [ʞ] (@velartrill) November 4, 2015

We don't know if there was something else that occurred, and I don't think TriMet would or maybe legally could talk about personnel decisions.

He did appear to take pictures while he was in service (though while the bus was stopped), but it does seem that firing an employee, upending their lives and flushing all the money it took to hire and train them should be a last resort, and it's much better to address any issues.

He walks away with a valid CDL and positive evaluations by people that were testing him. He should have no problem getting another job if he wants to. I never met him but I sure did enjoy his twitter feed and was looking forward to his full time experience ahead.

What a shame. Trimet never fails to screw things up.

That place is such a travesty and now he knows what we all have been talking about.

Trimet runs on Stalinist principles, its really a horrible environment.

I hope he collecting unemployment! TriMet not giving him a reason makes that easy, and if TriMet chooses to fight it, he will find out why he was let go.