While Trimet officials scramble to find a scapegoat 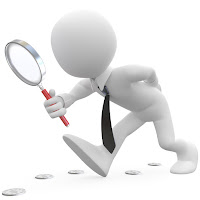 I did my own 'investigation' going back over the calls.

Any rational person would have thought that with a report like that service would have been immediately suspended through that area.

So my conclusion is simple, a supervisor probably didn't physically go to the location to check out the actual amount of water most likely being tied up somewhere and a manager who was supposed to be monitoring operations was asleep at the wheel. The fact that there is never any accountability standard for Trimet managers was obviously  a major factor in this failure.
Just plain human laziness. 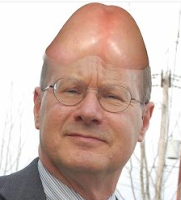 Mcfarlane is quoted at KGW making a stupid statement
The operator of the train was clearly in error driving through the water, agency head Neil McFarlane said in this prepared statement.
Well that excuse might have worked if only one train was damaged but the fact is 13 trains were damaged and that is not the fault of an single  "operator". That is a management failure pure and simple.

AND GUESS WHAT? HERE IS THE TRIMET CONTROLLER ISSUING THE TRAIN ORDER TO GO THROUGH THE FLOOD PROVING IT WAS MANAGEMENT FAILURE

During the worst of the heavy rain on Saturday, water gushed into the trains' passenger compartments as they passed through a flooded section of tracks under the Morrison Bridge. Agency security camera footage showed passengers, seemingly in good spirits, trying to stay dry. The MAX lines were later shut down.

But the water damaged 13 trains that, as of Tuesday, were out of service for inspections and repairs. And while the agency says passengers in the insulated cars were safe from the train's electrical systems, the agency president disagreed.

"When you've got those trains that have all that voltage going through high water ... that's totally unacceptable," said Shirley Block, the president of the Amalgamated Transit Union Local 757. "That's a safety issue, and TriMet's not being up front about it."

She said she raised the issue because she doesn't want to see an operator or a controller disciplined for a manager's mistake.

TriMet said Monday it's conducting an internal investigation into the decision to run the train through high water. In a statement, General Manager Neil McFarlane said "it is clear that an error in judgment was made," but he did not specify by whom.

TriMet said it was preparing a response, but did not immediately comment on the union's allegations.

The Oregon Department of Transportation, which acts as TriMet's overseeing agency on behalf of the Federal Transit Administration, is participating in the investigation.

And over at KGW the dickhead is trying to blame an operator. Of course he's lying through is teeth again because 13 trains were damamged which means that multiple operators went through the flood which then means a manager either wasn't paying attention of just f*kd up.


The agency also provided video from within the train that shows passengers hopping up onto seats with grab rails as water gushes into the carriage.
The operator of the train was clearly in error driving through the water, agency head Neil McFarlane said in this prepared statement.
While conditions were changing rapidly during Saturday’s heavy rain storm, it is clear that  an error in judgment was made to advance that train through standing water of that depth.  We are conducting an internal investigation to determine if appropriate protocols were followed, and/or if the protocols need to be changed given this incident. We are also working with the Oregon Department of Transportation on this review, as ODOT is the oversight agency on behalf of the Federal Transit Administration.
Meanwhile, TriMet operators union president Shirley Block told KGW that a manager told the MAX operator to drive through the high water.
A rider, Huy Yang, said he shot this on-board video October 31.
"It's crazy, but trust me, the train is safer than driving yourself. Imagine that flooding happening inside your car. you probably would be dead. Inside the train at least you are a little safer," said Portlander Tresor Kukena, after watching the video. He often rides the train.
Other riders voiced concerns about electrocution, after watching the video. A TriMet spokesperson says although there are electrical components on the train, they are insulated, and says the riders were not in any danger.
TriMet officials, union statements clash in MAX flood video

"PART 1" came before your fist link, and the other ones were not specifically about the underpass. But they could be construed as encouragement to continue.

In addition, I believe a supervisor did visit the area, but that they were called away and the water rose afterwards. I believe they did come back and "not recommend" movement through it.