You'd think by now with all the decades of experience there would be a standard prototype seat that would be medically designed to reduce driver injuries. Apparently that is not the case 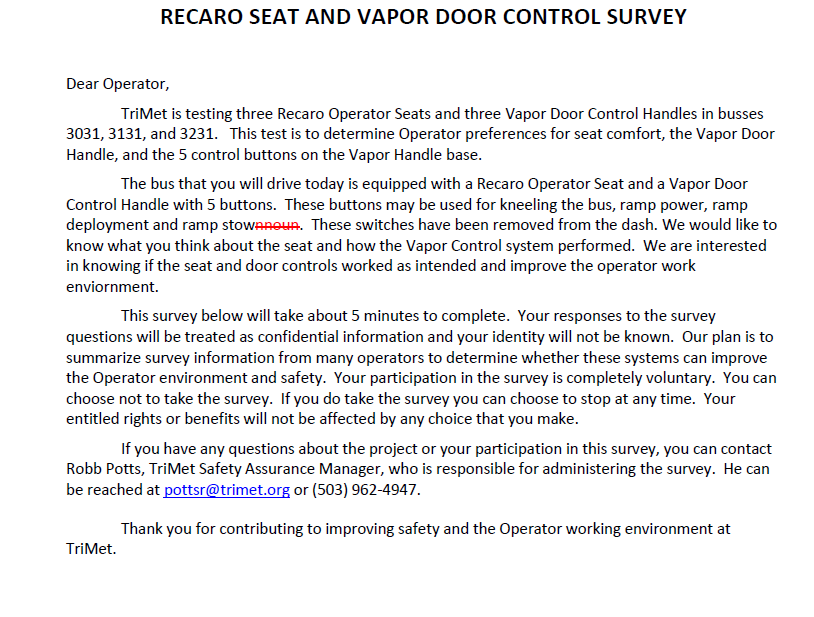 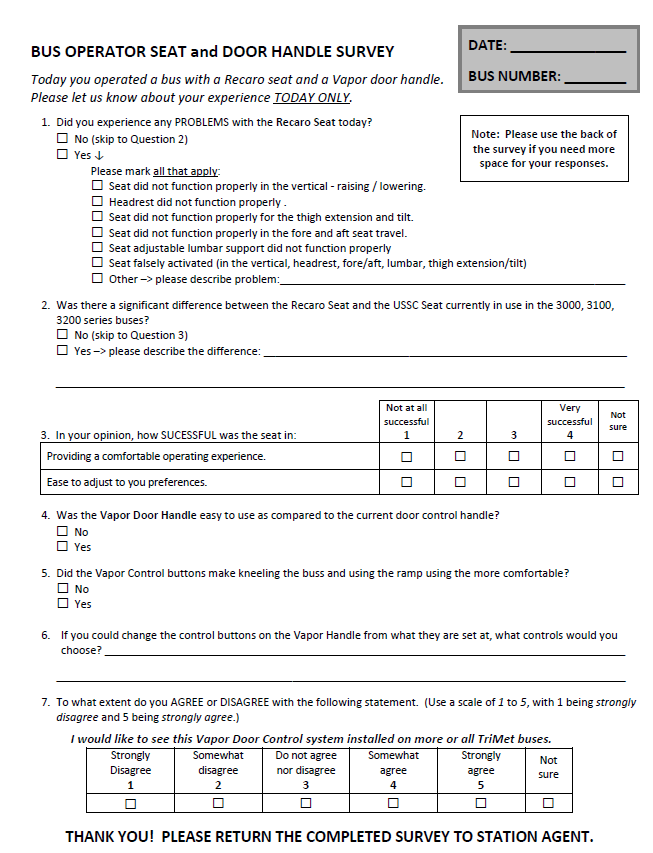 1. End of the line breaks for the seat. Yes, the foam in the seat needs a chance to repair itself on a regular basis if its going to carry heavy loads 20 hours a day until it finally dies of squishness a break is warrented.

2. The seat MUST tilt forward enough to allow the hamstring muscles space between the seat and muscle.

3. The seat should be mechanically lumbar controlled to alleviate any mechanic complaining to repair an air bladder in the seat. Can't remember the last 4 year or older bus I drove whereas I could use the pneumatic lumbar feature for more then 10 minutes, what about you?

Lets face it, our mechanics do one hell of a lot of standing around, walking around or "Test Driving" a bus that will be test driven for the next several months on end. and the next day something for sure does not work, WTF?

4. The seat also must be piss, shit and sweat friendly because everybody sooner or later pisses, shits and sweats in them.

5. The seat needs to have an extended reach up close and as far back as possible for operator comfort. So this means a standard seat slide length is too short by 4" (hope everyone catches that) Why? Because one might like one way and another may like it different.

6. The back of the seat needs a holder for storage.

7. The head rests need to be vinyl so that they can be wiped sterile once in a while.

8. The seat color may need to be a soothing color like in a prison cell to better calm the mood.

10. The seat needs a motivational message embroidered in like, "Let's Ride" or "Ready, Set, Rock & Roll"

The company brought in a test seat a couple of years ago, that was "totally" ergonomic; yet they chose not to put them on the buses instead they put stock in the new busses. Those seats have caused numerous injuries and they easily break down (they have a low weight limit).
HB