Why won't Trimet speak of their public meetings on their social media? 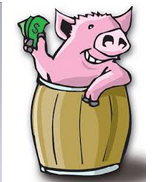 Also known as the Trimet board of directors or as I refer to them the Trimet sock puppets. I don't need to go over again why I use the words sock puppets but it has to do with HAVING NEVER EVER SAID NO TO ANY GENERAL MANAGER in the 20 years I have been involved with them.
Be that as it may I continue to find it incredible that Trimet does NOT let people know these events are happening on either their FACEBOOK PAGE or their TWITTER ACCOUNT.
Transit agencies such as New Yorks MTA  LA METRO,  SF BART and plenty of others routinely invite the public to participate at their board events on their social media platforms.
So that makes me wonder why Trimet doesn't advertise their board meetings beyond a page on their website.
There is only one answer to that obviously, and that is they do not really want people to know what's going on.
I'm still convinced that had not Jason Mchuff been filming and me producing the board meetings they wouldn't be doing it now.
I can just see Kate Brown to Mcfarlane: "what are those board videos on the internet?"
Macfarlane: "oh 2 guys put those up, ones an (ex)employee the other is a transit nerd (if he even knows what that is)
Brown: "well don't you think Neal that maybe Trimet should be doing that"?
Mcfarlane: "uh OK but people in Portland aren't interested in any of that"
etc etc
Anyway the point of this post is to expose the COLD HARD CASH that will be pumped out to Trimet capital projects for what I consider to be questionable projects.
Where do these projects come from?
Well, the Trimet executives make all the decisions who gets the loot, the board rubber stamps whatever the head honcho, Mcfarlane, wants.
And we are talking about BILLIONS OF DOLLARS!
Corporate welfare!
So lets see what they have planned for Tomorrow
------------------------------------------------------
$1,088,074 to administer Workers Comp claims
The interesting thing about this is that Trimet USED TO DO THIS IN-HOUSE!
Trimet basically PRIVATIZED the service that was publicly owned!
This falls right in line with the Neil Macfarlane NEOLIBERAL policies and his crony capitalistic leanings.
----------------------------------
$1,215,413 for on call facilities electrical work
Now I have no idea what any of that is or why Trimet needs this particular item

-----------------------------------
$5 million to "plan" the Powell garage renovation
As we know all those 6 figure executives don't actually do anything but sit around tables and decide who to hand out money too they need outside people to actually get anything done.
I have no idea why the Powell garage needs a $60 million dollar upgrade but if you read the resolution 'they' (the powerful people with the money) have determined that the wasteful Powell pork capital project will be moving full force ahead.
----------------------------------------------
$850,000 for Safety Enhancement work
Of course, as with all Trimet contracts, the prices you see here are not actually the prices that Trimet pays out. They all come back for more later,
THEY ALL DO.
And Trimet gives them more, all they have to do is ask.
Is this actually needed?
I have my doubts.
So today the Trimet cash machine handed out $8,153,487 to lucky winners in the Trimet pork game.
But there is no money to enhance existing services, and drivers benefits are the problem.
Will people ever wake up to the con game that is being played on them? 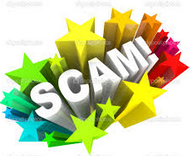