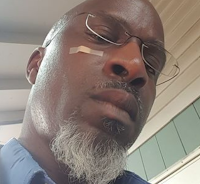 Last year in our district, we’ve had record levels of attacks on transit workers and the district has done nothing but put Band-Aids on gaping wounds and in some cases done nothing at all.

Nationally, assaults have soared in recent years, without any real action to stem the problem other than grand-standing, cheap alternatives, and pacification of transit workers while the numbers have steadily increased.

When will we say, “Enough is enough?”
There are no transit district statements coming, saying "we will not tolerate threats against Transit workers, and we will prosecute to the fullest extent of the law when Transit workers are attacked." Generally, there are workplace harassment policies with a zero-tolerance attached, but the opposite is true out in the field, where harassment is 100% acceptable.  Shouldn’t those policies cover all workers, whether they are in a garage/depot, on bus, rail/train as in any management building?

Often, we have no one who has experienced what we have and are not capable of understanding what we go through. We hold onto problems, without an outlet to vent our frustrations, let us have that conversation with the public now and BAND-TOGETHER is that platform. We experience a trauma called Diminished capacity (fight or flight), which is like driving while impaired, and post-traumatic stress is very prevalent in our industry. Transit District's need to recognize that this type of trauma causes health risks and the liability should be on their shoulders. We also need to recognize the silent victims of an attack, which are our spouses, children, friends, etc., they see both the phycological and the physical trauma were as management shows no concern.

We would like to create a week of remembrance for transit workers who have been on the receiving end of an attack (whether spitting, sexual, physical, menacing, harassment, etc.) So, from 9/18 to 9/24 we are asking that all transit workers (regardless of job classification or union governing body) to wear a Band-Aid on your right cheek. When the public sees this, it will create a conversation that we can finally have with the riding public about the impact attacks have on public transit workers.

Special shout out to brother Dwayne Russell and our Union fellowship at ATU 1197 in Florida thank you for the inspiration. We would sincerely like to thank all those who participated in BANDING-TOGTHER in solidarity last year. You all have been an inspiration in dark situations we face on an hourly basis. Your outward display of solidarity last year, shows us that when we come together we can do great things.

IT DOES NOT MATTER WHAT UNION YOU BELONG TO:  ATU, TWU, SEIU, TEAMSTERS, UTU/SMART Etc.  When a union is affected, then all unions need to stand up and unit in solidarity.

We’re asking for “Selfies of solidarity” with the hash-tag #BANDTOGETHER to be put on your personal page/ forum etc. At the end of the event we want to put together a collage showing support for the survivors of such horrific events, that “WE STAND WITH YOU!”

Henry Beasley
Your Brother on the front lines
UNION STRONG
Posted by Al M at 3:46 PM