TriMet is a failed transit system, by design

Most people are unaware of the current state of disaster that is affecting public transportation systems around this country. The ones that do understand it suffer daily abuse at the hands of these criminal organizations know of the disaster. We see their sufferings daily on the Twitter feeds.

The public was transfixed by covid and now by Russia, who’s got time to talk about things like Trimet or public transportation in general.

Sam Desue told the board that Trimet is lacking 65 operators and of course he blames it on the same thing they all blame it on, as if that’s a legitimate excuse to use, as citizens are stranded and abused by their transit system.
Does it ever occur to people that these crises are manufactured ON PURPOSE.

Is it some kind of crazy coincidence that the billionaire class tripled their wealth during Covid while millions, maybe billions, of people were pushed into poverty. Just a coincidence huh?

There’s no such thing as a great reset or a New World order where the elites of the world are intentionally manufacturing crises to destroy society as we knew it? That’s just a crazy conspiracy theory right?
We all know that TriMet capital projects has suffered ZERO cutbacks, we know that the federal government is handing out BILLIONS for more capital projects. Yet your bus service has been cut by 20% and still is being cut daily by the "driver shortage"
Let’s take a look at the Trimet driver shortage and what that means in terms of dollars and cents. This driver “shortage” has gone on for over a year. That means that $6.5 million did not get paid to people that are operating the system calculating that each employee costs $100,000 each year including benefits.
Now we know that Trimet received $289 million in extra federal subsidies during that period.
Plus they didn’t pay out $6.5 million to operators due to the “driver shortage”.
What I wanna know is what happened to that $289 million, and the $6.5 million they didn’t pay out for drivers. We know the answer to this don't we? It was stolen by the elites and facilitated by the criminal class of TriMet career technocrats.
Each month that goes by with this "operator shortage" saves Trimet $542,000 per month. You see what I’m getting at?
The Trimet technocracy answers to the same oligarchy that everything else answers to.
They are paid well to lie and abuse  the public so that the elites can continue transferring wealth upwards
My hypothesis is simple, the destruction of public transportation was intentional in order to steal the money for the elite class.
We seen this exact same thing playing out in multiple arenas.
Gas is up, blame putin.
Supply chain problems blame the scamdemic.
Ruin your bus service blame the driver shortage.
There always seems to be a convenient excuse for the failure of government and business which is endlessly profiting off our misery
They’re liars and thieves and if you can’t or won’t see that you are helplessly lost in the matrix of lies and illusions. We the people exist solely to keep the elites elites. What happens to us is of no concern to the parasite class.
TriMet (and all the other districts) have been destroyed intentionally which has irreparably harmed the public.
But we the sheep take everything and anything our "leaders" feed us.
We may not be able to change it since they have us all disempowered and helpless but at least we can understand what's happening and why its happening.

The driver shortage in part is the S.I.P. Program that terminates white male drivers at a higher rate than minorities. It's part of the change of financial power. They want to eliminate white males in high paying jobs. In the last three years the minorities had a very high retention rate while white male drivers were terminated for stupid complaints that most companies would say just don't do it again. However, the more white males Trimet fires the more hiring they can do, each hiring yields so many minorities, which have little to worry about. To ensure they are able to hire more minorities, Kate Brown gave Trimet the ability to be CDL State Examiners so naturally the odds that a minority will fail now is nonextant, they all pass raising the amount of minority drivers. Cheating the system. Trimet also trolls social media to find white women with biracial relationships or biracial children, then they email that crap out of them. I noticed that all the white women there seem to be part of the LGBT or in Biracial relationships so I started asking how they came about working for TRimet, across the board they said they were contacted through email and encouraged to apply. Some mornings it's hard to go to work because it's almost like they have find a black guy right away and start hugging kissing them like they are performing sex right there in front of us. One morning 4am at Merlo I walk in and the big fat white women was twerking for the black drivers. I had to leave that garage because it just started getting very distasteful. If you were to say anything then of course your a Racist

TRIMET WILL GOUGE THE POOR 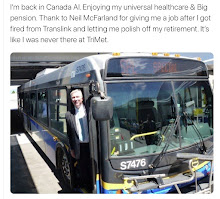 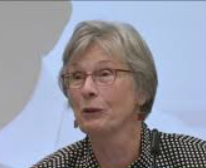