Truly one of the finest human beings I have ever known.
Ben was one of those guys you hardly notice, until you talk to him.
Then you realize that you are standing in the presence of someone profound.
You won't find this sort of profound energy in many places.
The truth is never where you are supposed to find it, its where you are not supposed to find it.
Ben's death shook me, the loss of that energy from the earth is huge.
You'd have to know him to understand what I am talking about.
Everybody that knew him is in shock.
I heard he worked up till last week when he called off sick.
Ben never called off sick.
One week later he was dead.
He had stage 4 cancer and didn't know it till last week.
Somehow that makes sense.
If you knew this man you would know what I mean.
Ben appeared on my blog twice, each time is was because of something he said to me.
Ben Singh quotes
RANTINGS OF A FORMER TRIMET BUS DRIVER: BEN SINGH QUOTES 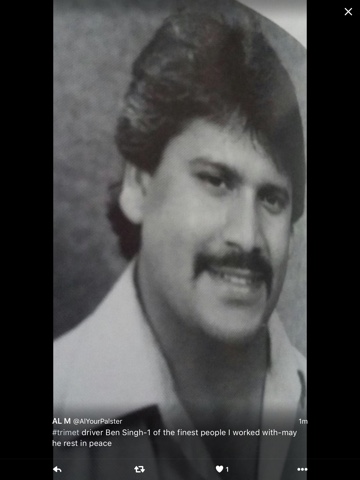 You are correct sir.Ben was a class act,