Steve Banta, Portland, and Light rail. What they all have in common 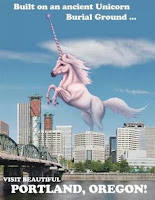 Steve Banta screwed up. He screwed up because he didn't take the necessary precautions to cloak the excesses of his office. Arizona is not Oregon and Phoenix is not Portland. The article below makes the connections between Banta, Light Rail and his time in Portland. I pointed out at the very beginning of the Banta Story that what Banta did was small potatoes compared to What Mcfarland did in 2012.  That was his carefully hidden conspiracy to provide himself and his henchmen SECRET RAISES while slashing employees promised health care, slashing direct service to the public, and raising transit fares to be among the most expensive in North America. That million dollars that Mcfarlane stole then continues to compound each and every year. There was a tiny bit of outcry and a phony state audit that happened a year later. None of that mattered because this is Portland where citizens seem to tolerate this sort of corruption from their government officials. Because "things are different here". They sure are. Mcfarlane sits firmly on his throne just waiting to collect his $160k payout and the $13k/mo for life. In the meantime Mcfarlane will jet around the USA making various speeches, having a great time, collecting his fat salary. All paid for by the tax payers.


Corruption and waste, like so many other governmental viruses, have a tendency to spread. In this case it is the monumental corruption and waste attendant to the far left Portland government’s infatuation with light rail. It is an infatuation that has proceeded despite defeat at virtually every election at which authorization was sought. So much so that the government has quit asking; convinced that they know better than the great unwashed who inhabit Multnomah, Clackamas and Washington counties (Portland’s metro urban area). Not all public corruption is indictable but it is still corruption. It demonstrates a remarkable arrogance towards the very people for whom such public servants swore to protect.
With the opening of the new Orange Line (at a cost of $200 Million per mile) local governments will have spent over $4.1 Billion on light rail. The cost of operation AND maintenance are in addition to the capital outlay and are difficult to determine with any degree of accuracy.
In a report authored by the St. Louis Branch of the Federal Reserve Bank the solvency of light rail systems was discussed:


Light-rail transit, like other public transportation systems, could not operate without subsidies from local sales taxes and state and federal grants. Subsidies to light-rail systems are not trivial. In 2001, MetroLink in St. Louis received at least $14 million in local, state and federal assistance. Sacramento received more than $18 million; and Portland received $24 million. Fare revenue in these cities was $8.6 million, $7 million and $15.7 million, respectively. However, fares cover on average about 25 percent to 30 percent of operating expenses, with local, state and federal subsidies covering the remainder. Fares cover 38 percent of operating expenses in St. Louis, 28 percent in Sacramento and 39 percent in Portland.”“

Light rail systems are inflexible. Accidents, operation issues and energy outages stall the systems completely. (Portland’s light rail is notorious for being among the first vehicular traffic to fail in snow and ice storms.) For the Portland area governments, cost has never been a significant factor. For some odd reason they view access to federal taxpayer money as free money – idiots, it is still TAXPAYER money.
But the latest turn of events casts the general attitudes of those charged with building and operating Portland’s light rail system in a new light – a light that suggests that the rules never apply to those who are “right thinking” about light rail. An attitude that has been engendered by Tri-Met as they preach the gospel of light rail to other unsuspecting cities.
The Arizona Republic has been investigating the prolific spending of taxpayer money by Stephen Banta who was selected to run the Maricopa County transit system. (For those of you forced to endure a teachers union led education in the Portland Public Schools, Maricopa County is basically Phoenix and surrounding communities. Mr. Banta is an alumni of Portland’s Tri-Met where he served as Executive Director of Operations prior to being appointed head of the Maricopa system. A November 24 article in the Arizona Republic stated:


“Valley Metro Chief Executive Officer Stephen Banta abruptly resigned Tuesday amid an investigation by The Arizona Republic into expenses he incurred while running the region’s bus and light-rail systems.
Thelda Williams, a Phoenix city councilwoman and an officer for both transit boards that oversee Banta and the budget of the Valley’s transit systems, told The Republic that Banta had resigned, likely because of the newspaper’s investigation.
“’Absolutely, it had to do with the story,’ Williams said.
“Banta said in a prepared statement that he would leave Valley Metro in January to pursue other and unique challenges in the transit industry. His statement did not address questions about his spending.”
“The Republic obtained Valley Metro records showing he routinely flew first class, stayed in a nearly $600-a-night hotel room and bought alcohol for himself and guests at restaurants while running the transit system. The newspaper also confirmed Tuesday that on at least four occasions, Banta was reimbursed for dinners between $230 and $470 in which the people he claimed to have entertained did not attend.”

Banta, who is paid approximately $265,000 per year, would later say that the Valley Metro policy prohibiting the use of public funds to purchase alcohol did not apply to him. I guess a quarter of a million dollars a year just isn’t enough to compel Mr. Banta to follow his employers rules.
Later stories would reveal that after tendering his resignation, Mr. Banta realized that it would jeopardize receiving a nearly quarter of a million dollar severance and so he attempted to rescind his resignation. He also colluded with Phoenix Mayor Greg Stanton’s policy chief of staff, Seth Scott, and Deputy City Manager Mario Paniagua to trade his resignation for the right to remain in the job through January and then become a paid consultant to Valley Metro for full pay and benefits for an additional four months. And that is in additional to a paid annuity valued at $235,000 to $265,000. When that sweetheart deal was disclosed, the metro board decided to accept his resignation and to deny any “consulting contract.”
Yet another story by the Republic disclosed that Mr. Banta’s extravagant entertainment spending had been going on for several years including high priced dinners that included Portland’s Tri-Met General Manager Neil McFarlane. Mr. McFarlane denied being at either dinner. Mr. McFarlane was not the only person listed on Mr. Banta’s expense accounts that denied dining with him.
A December 4 article in the Republic noted that three Phoenix councilmen had asked the Arizona Attorney General to undertake a criminal investigation of the spending habits of Valley Metro, including those of Mr. Banta. It will surprise no one that there are other questionable expenditures by Valley Metro employees since Mr. Banta set a tone that the rules simply don’t apply.
Portland has turned a blind eye toward misconduct by government officers and employees. The scandal in Phoenix sounds much like recent scandals in Portland involving former Management Director of the Office and Finance Jack D. Graham under Mayor Charlie Hales; Baruti Artharee, former chairman of the Black Justice Committee and Portland Mayor Charlie Hales’ handpicked Director of Public Safety for Portland; and former City Parking Manager Ellis McCoy. It also includes Multomah County Chairman Jeff Cogen and Multnomah County Chief Diversity and Equity Officer Daryl Dixon. Their misdeeds varied but they all possessed a common element – the rules don’t apply to them.
And it appears to rub off when they leave for other government jobs.