At the last board meeting Mcfarlane talked about a decision that was handed down in Trimet's favor.
(video HERE)
That order was issued MORE THAN A YEAR AGO.( Read the order here.)
Yet he brings it up now?
I posted about this the day it was issued MARCH 30,2011

The most important aspect of this decision was that it was lost on a TECHNICALITY, not because of the argument that Mcfarlane presented to the board: 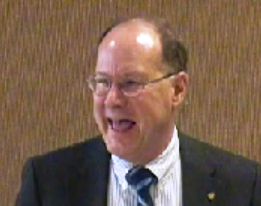