Union Loses the Battle but Wins the War 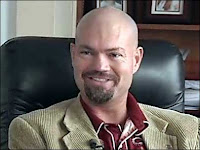 The Union filed an unfair labor practice against TriMet over TriMet's unilateral implementation of the SIP customer complaint policy. The judge in that case is recommending that the complaint be dismissed. That is the battle that was lost. The judge's opinion, however, establishes that the Union won on all major points. The findings of the judge are important for you to know about because YOU are the eyes and ears of the Union and when the principles below are violated by TriMet, you need to sound the alert. So here are the important wins:
What we learned, which was not clear from prior unilateral change cases, is that:
Documents subpoenaed during the course of this legal proceeding revealed that TriMet’s legal department was secretly involved in this process from the beginning. The Union interacts with 19 different employer groups. Of these, ONLY TriMet engages in such hostile, deceptive and dishonorable tactics calculated to harm the well-being of the people who actually provide the service.
Fraternally,
Jonathan J. Hunt
President – Business Representative
Posted by Al M at 3:08 PM