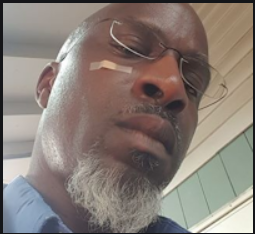 A member asked to read the speech that was prepared and rejected for the Board of Directors meeting that dealt with assaults, so here it is.

Board President, Bruce Warner and members of the Board, we have a serious problem that needs to be brought out into the open, and that’s operator assaults.

For far too long front line workers have suffered the verbal and physical abuses from angry riders and those who have criminal intent on their minds. The district has turned a blind eye to these abuses or worse, “dumbed-down” the definition of what qualifies as an assault for the cynical purpose of reporting “improvements” to State and Federal authorities.

We are seeking a solution to the problem that our members face on a daily basis. The inherent risks of our industry are made worse by district administrators and managers who neglect, ignore, and even cover up these assaults committed by abusive riders. Following the December 2013 assault on an operator at Richmond and Syracuse, the district’s spokesperson, ROBERTA ALDSTEDT, summarized in the media Trimet’s approach to operator assaults saying, “We look at it consistently and then more so after each incident.”  Mr. McFarlane says, “Safety is a core value.”  Is it really?  The answer, we feel, is a resounding, “NO!”

We have come here today to make it clear that if an operator cannot be secure from the risk of assault, then the public cannot be safe from violence riding TriMet.

Between 2010 and 2013 we had more than a hundred different incidences of assaults on operators.  Only four of those were publicized in the media, including the one I just mentioned, and 3 attempted murders.  Our managers will attempt to dismiss the numbers by mischaracterizing these incidents, as just uninvited physical contact or contact with the bodily fluids of a stranger; this is an “assault” by most reasonable people’s definition.  We agree, and we need you to take this seriously.

As of now, you can add “sexual assault” to the already too long list.  On July 24, an operator was sexually assaulted on her bus by a special needs rider.  After the operator called dispatch, no police called or a supervisor dispatched to the scene.  To add insult to injury, the operator was compelled to continue in revenue service.  We understand that our dispatchers are under tremendous pressure to keep the system moving.  To add to the point there were 2 more assaults on the 72 line at the end of last month and the beginning of this month; as we know of.

The district pays $10.7 million on Transit police and another x-amount of millions for transit security; question, “What is the response time” for an incident?  The head of Safety and Security makes $155,000 annually, but what improvements have been made for operator security and the subsequent safety of the general public? What type of value are we receiving for so called “service improvements” with this money-is-no-object approach? More Supervisors? More security?  More police?

In a 2011 study conducted by the “TRANSIT COOPERATIVE RESEARCH PROGRAM entitled,” The Practices to Protect Bus Operators from Passenger Assault; their findings state:

In physical assaults, the following were contributing factors:

In verbal assaults, contributing factors were the following:

Now, imagine a 25% increase in your own transportation costs.  This may be no big deal for highly paid corporate hot-shots, but for on those who are transit dependent and trying to make-do on a fixed government check once a month, this considerable hardship makes people angry and resentful toward the public transit authority.  Who is on the front line representing that authority?  Who is the first in line to receive the backlash from that anger and resentment?  You?  No.  The General Manager?  The Director of Safety?  No.  TriMet Operators, that’s who.

In the same report it continues to talk about the impact on the Districts as well.  It states, “Operator assaults can have significant consequences for the victimized operators, for their coworkers and families, and for bus operations in the form of injury-related claims, absences, diminished productivity, and union grievances. Operators may experience increased levels of anxiety and stress, which can cause them to become distracted while on duty or less calm under pressure. When asked about issues experienced by bus operators or operations as a result of violence against bus operators, as shown, 68% of the 50 front line employee respondents to this question reported that they have had injury related claims, and more than half reported that operators showed increased anxiety and stress. 28% reported that their bus operations were affected by absenteeism and diminished productivity, and 20% reported union grievances.”

The transit community (ATU and the Department of Transportation and other transit agencies) have always advocated for tougher penalties against those who assault transit operators. It is believed that with a change in legislation, and well publicized and enforced laws, we can deter assaults.

Hopefully, the Union and the District with the Boards help can work together to get tougher laws on assaulting bus Operators.  The current law that has been posted on the busses ORS 163.165 is “not” a felony “unless” the bus is moving; otherwise it is interfering with public transportation which is a misdemeanor.  In a spirit of cooperation we can “all” work together on this problem.

In the meantime, while giving public voice to our concerns, we have constructive solutions to offer.  We are going to encourage our members to report “all” incidents of abuse while they are on duty.  We are also asking for the following immediate changes to Standard Operating Procedure that we feel are urgently needed to protect operators:

1.    Pull the operator off the bus.  An operator driving with diminish capacity is a safety hazard to themselves, passengers and the general public.

2.    Send them back to the garage (or the hospital if necessary), to fill out the reports due to the sensitive nature of recalling events for clarity and accuracy. Also keeping communications open with management and Union officers.

3.    Send them “HOME,” this is where they can fully recover from the crime that was committed against them. The Union must also stress that for the operator to be paid their run pay, while not receiving “any” time-loss due to being “out of the seat.”

Together we can be an example of strong leadership in the industry, while providing a valuable, professional and safer transit to the communities that we service.

With that, I’ll take any questions on the Union’s report?

Hopefully, we will be able to report changes at the next Board meeting.