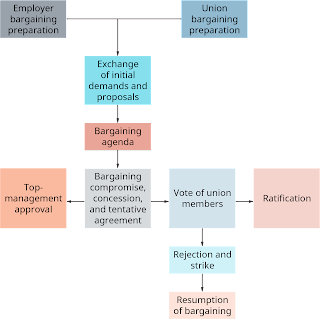 TriMet and the Amalgamated Transit Union (ATU) Local 757 have reached a tentative agreement on a new labor contract regarding the wages, hours and working conditions for TriMet’s 2,640 union employees. It comes after a year and a half of discussions, negotiations and mediation sessions between TriMet and ATU Local 757 negotiating teams, and 12 days before an arbitration hearing.

“I’m thrilled that we have been able to come together with the local ATU 757 leadership for a great resolution that reflects a fair balance between the needs of our union employees and the public as we continue to provide safe and reliable transit service,” said TriMet interim General Manager Sam Desue, Jr.. “I’m proud of the hard work of the negotiating teams to find common ground during this challenging and extraordinary time.”(what a bunch of baloney)

“I am proud of the ATU 757 negotiating team and membership for persevering through this process,” said ATU Local 757 President Shirley Block. “We have fought hard for the wins in this contract because we believe that our front-line workers ARE heroes and deserve fair wages and working conditions. We are proud that the parties were able to work past our differences and come to an agreement and look forward to continuing to improve on our bargaining relationship moving forward. I am looking forward to building a better relationship with TriMet and ATU. Working together is not only better for our members, but for all employees and the community.” (what a bunch of baloney)

TriMet and ATU Local 757 leadership came to agreement on several important factors, including the following:

ATU Local 757 leadership will work with represented employees on ratification of the contract and the TriMet Board of Directors will vote on a resolution to authorize the contract agreement at its April Board meeting on Wednesday, Apr. 28. If approved, the new Working and Wage Agreement will cover a three-year period, from December 2019 through November 2022. Salary increases will be applied retroactively to the start date of the agreement.