TRIMET VS THE PEOPLE 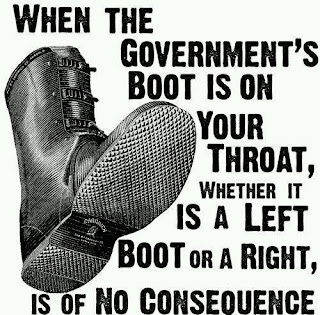 officers have a limited role in fare enforcement, they play a critical role in ensuring the safety of

once they have been found to be without proof of payment. It would also likely prevent transit

proof of payment or valid identification or become violent toward fare inspection staff.

TriMet needs the flexibility for police officers to assist in fare enforcement efforts and, as

needed, provide safety for our employees and riders during fare checks.

of valid fare. While it’s uncommon for transit police officers to check fare specifically for the

purpose of fare enforcement, they need the ability to check for valid fares when they engage

with individuals for other reasons. For example, when engaging with someone who is behaving

erratically or inappropriately, police need to determine if the individual has a valid fare. If the

individual does not have valid fare, the police can immediately remove that person from the

vehicle, allowing the vehicle to travel on without disrupting service.

In addition, the proposed legislation does not simply prohibit police officers from asking for

enforcement. This could mean that officers cannot be present while fare enforcement

activities are underway, meaning TriMet staff and customers would be at greater risk of

Also, there may be situations (e.g. major events like Timbers/Thorns matches, Blazer games,

etc.) where transit police request proof of payment to ensure everyone is checked, ensuring

that there is no real or perceived bias toward any group. While TriMet strives to have enough

fare inspectors to validate all customer passes, there are times when circumstances prevent

citation. If someone doesn’t have fare they are transferred to an inspector. But even though

transit police officers are not writing citations, it is important that they be able to ask for proof

of a valid fare.

Research Institute, which TriMet has twice engaged to determine whether there are racial and

ethnic disparities in TriMet fare enforcement. The most recent report looked at citations from

enforcement outcomes are small and indicate little to no disparity.” The original report had

depth, rigorous, independent academic review of our fare evasion statistics for evidence of

system to try and reduce the number of repeat offenders, the one area the original report

called attention to as needing more examination. The decriminalization of fare violations, in-

house resolution process, community service in lieu of a fine and implementation of the Low

How many complaints has TriMet received regarding safety and security?

Over the past couple of years TriMet has received thousands of complaints for MORE security,

fare inspection and official presence. After the 2017 Hollywood MAX Station tragedy that

What has TriMet done to make fare enforcement and policing less punitive and fairer?

TriMet has worked with community groups, Districts Attorney, rider advocates and the

concern identified in the Portland State report. Among the steps taken are:

 Implementing a low income fare program, which now has more than 25,000

fare violations, which can sometimes lead to deeper entanglement in the criminal

justice system. The legislature approved the law that allows TriMet to manage an

alternate administrative process that reduces fines and offers the opportunity of

fare and agree to sign up for and load a low income HOP card with at least $10.

the chances that an individual will become entangled in the criminal justice system, while still

What is TriMet’s Transit Equity Advisory Committee (TEAC) and why does matter?

For changes related to either security or fare enforcement, TriMet works with TEAC to provide

advice and feedback before making significant changes. TEAC has representation from a wide

populations. A TriMet board member sits on TEAC and provides monthly reports to the full

board on the committee’s work, particularly as it relates to safety and fare enforcement.

My name is Tristan and I am a member of Bus Riders  Unite here in support of HB 4097.

We are a union of transit dependent  people from throughout the Portland metropolitan area advocating for a more accessible, equitable and sustainable transportation system.

As a steering committee member, I also have the pleasure of representing  BRU on TriMet’s Transit Equity Advisory Committee and the Safety and  Security Subcommittee therein.

Some of BRU’s recent victories include  postponing TriMet’s planned fare hikes and working with the TriMet  Board of Directors to create a fare holiday beginning next year in  honor of Rosa Parks’ birthday as a meaningful advancement toward a  fareless public transit system.

As it is with most of our membership, I am transit dependent and  have been ever since moving to Portland in 2014 and even prior to  that. I’ve never owned a car and I never plan to. I don’t even know  how to drive and there’s no bus stop outside the capitol building.

Even if there were most of us are too busy.

TriMet riders are poorer,  browner and speak more languages than almost any other demographic.  Untold barriers stifle our participation. So when decisions like these are being made, the people most impacted rarely have their voice  heard.

I am privileged to be speaking here today.

But who is being heard?

They’ll say it’s about safety, but what is safety?

When we  canvass on the buses and trains, riders talk about safety in much  different terms.

To them safety means lights at shelters, late­night  bus service and high ridership because a well­ used transit system is a safer system.

They don’t want armed cops, bomb­ sniffing dogs or an $11 million transit police precinct the likes of which TriMet plans to  open in July.

TriMet likes to highlight a PSU study they commissioned that  allegedly found no racial bias in their fare enforcement tactics.

What the won’t tell you is that the study only accounts for TriMet  employees, not transit police officers.

Their biases remain  unscrutinized yet we trust them to judicially apply this tactic of  fare inspection.

In all another contexts, a law enforcement detention  absent individualized suspicion is undeniably a violation.

Yet under  current rules simply being in the vicinity of a transit station is  putting yourself at risk of an unlawful search.

This is bus stop and  frisk.

Representative Hernandez’ bill proposes to correct this gross  injustice that disproportionately impacts transit dependent people,  low­income folks and Black, Brown and Indigenous communities and on  behalf of Bus Riders Unite I urge you to support its passage.