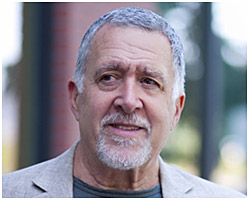 This was written by Phil Stanford BEFORE Pamplin became totally co-opted by Trimet influence. Phil Stanford was fired from the Tribune.

Portland is 'The City that Works.' It's our official motto, and it's
plastered on the side of every car and truck the city owns - so you know
it has to be true.

The only question, of course, is: For whom?

When you get right down to it, just who do all these expensive
light-rail lines, aerial trams, high-rise condo developments and
proposed convention-center hotels really benefit?

If you want to know the answer to that, as good of a place as any to
start is a new book by local antiplanning guru Randal O'Toole called
'The Best-Laid Plans.'

As O'Toole sees it, the whole planning process has been taken over by a
'light-rail mafia' - which has managed 'to direct rail construction
contracts and urban-renewal subsidies to themselves.'

Over the past few years, others have attempted to describe how this
works here in Portland, but no one has done so quite as clearly as
O'Toole in his new book, as well as a paper published earlier this
summer by the Cato Institute called 'Debunking Portland: The City That
Doesn't Work.'

At the center of the so-called light-rail mafia, of course, was the
former golden boy of Oregon politics, former Gov. Neil Goldschmidt.
Members of the mafia included:

• Bechtel Corp., which received 'a no-bid contract to build an extension of Portland's light-rail line to the city's airport.'

• Tom Walsh, a longtime Goldschmidt friend, who as general manager of
TriMet 'handed out millions of dollars in subsidies to high-density,
transit-oriented developments, many of which were built by Walsh
Construction.'

• Homer Williams, a Goldschmidt client who received hundreds of millions
of dollars in subsidies for the Pearl District, and later the South
Waterfront area.

• The Schnitzer Group and Zidell Marine, owners of a large block of former industrial lands in the South Waterfront District.

• And Oregon Health and Science University, located above the
Schnitzer-Zidell land. 'Goldschmidt persuaded the hospital to build an
aerial tramway to access offices and clinics in the waterfront
development and convinced the Portland City Council to help subsidize
this tram, whose initial cost ballooned from Goldschmidt's initial $15
million estimate to $57 million.'

Goldschmidt, of course, is gone now from public life, the victim of a
sordid sex scandal of his own making. In fact, we probably wouldn't be
talking about this as freely as we are now if the light-rail mafia were
still in his capable hands.

But as O'Toole correctly points out, Goldschmidt's minions continue to
scramble - if not always quite as effectively - to get their snouts in
the public trough.

Perhaps it wouldn't be quite so galling if it weren't made to sound so
high-minded - as if this were all being done in the name of land-use and
transportation planning, and needless to say, for the public good.

There's more than a little irony in the fact that 'The City that Works'
motto, adopted by the City Council in 1995, was a direct steal from
Chicago.

And if that doesn't give you pause, nothing will.