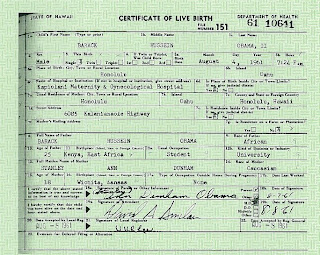 Of course the right wing idiots STILL won't be satisfied. I'm glad Obama called out the mainstream media for allowing this nonsense to go as far as it did.

Ask Terry the extra-boarder what he thinks now.

They will still call him a Muslim. They will never admit that they are racists.

LOL!
I will Steve!