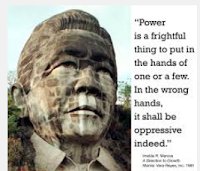 Recently TriMet announced that after two years of planning for an expensive new “bus rapid transit” line from Gresham to Portland, the new service would actually take 8-11 minutes longer than current buses.
Over in Southwest Portland, TriMet is planning a $2 billion light rail line to Bridgeport Village near Tualatin, a suburban shopping mall.
Agency planners are fascinated with shiny new objects, but most riders don’t benefit. For example, between 2000 and 2015, TriMet opened five new rail lines, but the total vehicle-miles of daily transit service actually dropped by 5%.
It’s time to admit that TriMet’s basic business model is becoming obsolete. The agency is a sluggish monopoly that takes years to bring new service to market, while customers live in a smartphone world where they have millions of choices and same-day delivery.
In particular, the coming era of driverless vehicles will create entirely new businesses that will free riders from the tyranny of fixed-route transit service. Legacy systems such as TriMet will be stuck with a vast network of aging infrastructure that will be too expensive to maintain.
We don’t need another light rail line to Bridgeport, or a bus rapid transit line to Gresham. What we need is new vision of mobility in Portland.

I hate agreeing with these people