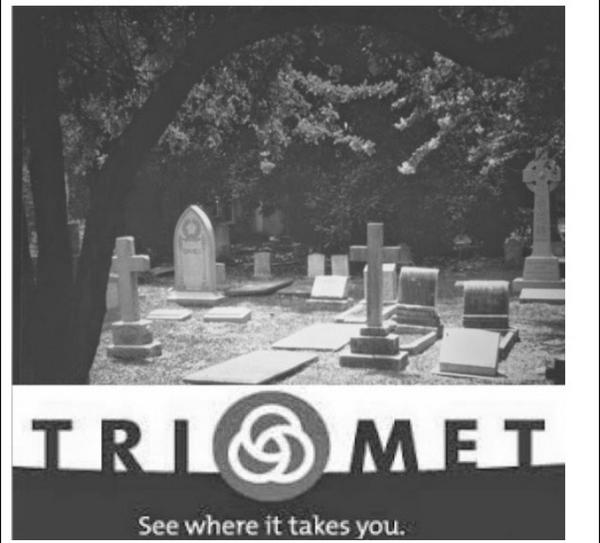 Things just get worse and worse for the MAX, yesterday's derailment and today's double fatality.
Here is the clip of the MAX operator becoming aware that the train hit someone
And HERE he realizes that they had been fatally injured.
Don't let anybody tell you that working as a transit operator is an 'easy' job. You can see what faces operators daily.

Two people are dead after a TriMet MAX train in Gresham struck them late Saturday morning.
A 66-year-old woman and a man were hit by the train around 11:30 a.m. in the 1200 block of Northwest Eastman Parkway. Both died, TriMet said in a tweet.
TriMet officials said the man and woman were standing on the eastbound train platform at the Gresham City Hall stop when the incident occurred. The pair were not in the crosswalk as initially reported by Gresham police.
Angela Murphy, a TriMet spokeswoman, said the man jumped into the the lap of the wheelchair-bound woman, propelling the chair into the eastbound train's path.
The blue line train was moving at the time the two fell into the right of way, Murphy said.
"They think he hopped into her lap, pushing it forward into the path" of the train, Murphy said.
The platform has a three foot drop into the tracks.
Murphy said she did not know at what point the train operator became aware of what had happened.
"This is an extremely traumatic event for an operator," she said.
The area around the stop is roped off with police tape as investigators work the scene.
— Noelle Crombie
MAX train deaths: Man's jump into woman's lap propels them into path of train, TriMet says | OregonLive.com
Posted by Al M at 2:39 PM

That story seems to stretch the imagination a bit; they claimed the chair was one of those motorized things, and there's not enough room in one of those things for two.

But Tri-Met would never lie, would they?

Thanks for pointing out the "easy job" viewpoint.