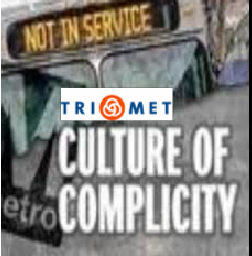 Things have been going very badly at Trimet for quite some time now, years actually.

But here we have Mcfarlane letting the board know that everyone is doing a great job and in order to retain these great executives (the ones that have been screwing up for the last few years) he needs to give them 'merit' raises. These are six figure executives whining that they haven't been getting raises too!

The Trimet executives live in a parallel universe where all the failures are just ignored.

In all fairness to the Trimet  executives this is common practice in government service. There is no such thing as failure and the ones holding the checkbook are always eager to raid it for themselves