Not a good day for WES 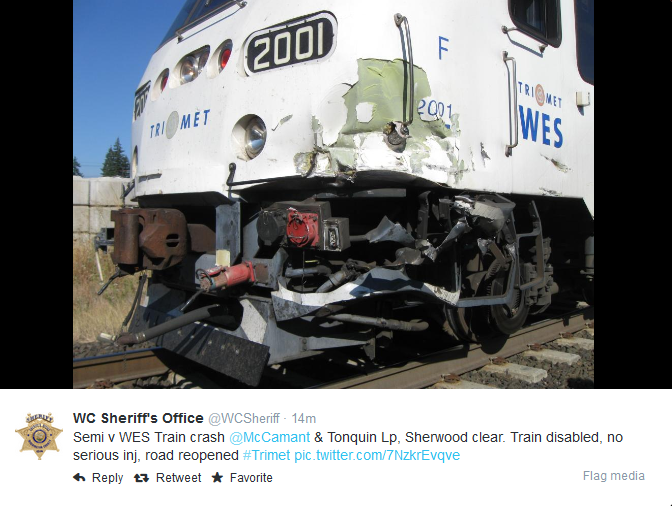 Hey, at least it involved the 2001 vehicle, so this won't have a material impact on WES operations. It just means that they can't run a two-car train with the DMU equipment. People might actually have to sit next to each other!!

I bet they could bring out the Alaska cars and shift one of the powered DMUs to take the place of the trailer.

The DMUs and RDCs are not MU compatible - meaning that you wouldn't be able to control the RDC from the cab of the DMU (or vice-versa). Wouldn't be a problem if there was a way to turn the train around at the end of the run...but...that can't be done in TriMet's wonderful implementation of commuter rail. Only way to turn a train around is in Hillsboro or Cook.

No, I'm not saying hook up an Alaska RDC to a Colorado Railcar DMU, I'm saying hook two DMUs together. Have a 100x car substitute for 2001, and have the 100x car's schedule be filled by the RDCs.