COULD TRIMET SCREW UP THIS BADLY?

Safety specialists and mechanics have spent countless hours scrutinizing the train but could not replicate the failure. However, they did find excessive corrosion on a switch inside the door’s bridgeplate, or ramp, mechanism.
TriMet identifies likely cause of MAX open door incident | TriMet Media

The problem with their explanation is THAT THERE IS NO RAMP AT THAT DOOR!
Ramps are located at doors 3-4-5-6 NOT 1-2-7-8 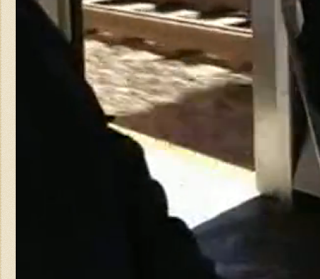 THE MOVIE IS LOCATED HERE!

Plus ODOT inspection of Type 2 & 3 MAX doors finds no safety issues
TriMet safety specialists believe they have identified what led to the Feb. 15, 2013 incident, in which a MAX door was open while the train was moving. Safety specialists and mechanics have spent countless hours scrutinizing the train but could not replicate the failure. However, they did find excessive corrosion on a switch inside the door’s bridgeplate, or ramp, mechanism. After ruling out all other possible causes, TriMet believes this led to the incident and changes to help prevent this in the future are now being made to all vehicles with the same ramp systems.

TriMet workers examined and analyzed all the functioning equipment in the train including mechanisms in the doors, the coupler that connects the two cars, some 175 feet of electronic circuitry, switches, electric heads and more. We also consulted with the vehicle manufacturer, Siemens Corporation, about potential sources to the failure.
The failure occurred on a Blue Line train that had been stopped at the Hollywood/NE 42nd Ave Transit Center. As the train was preparing to leave, a person attempted to stop one of the last doors on the second or following car of the train from closing. When the person made contact with the sensitive edge of the door, the door opened back up, which is how it is supposed to function. The failure happened when the train was able to move while the door remained open.
“With no direct cause identified, the possibility exists that during the course of our investigation the issue was unknowingly corrected,” said TriMet Safety and Security Executive Harry Saporta. “However, due to the seriousness of the incident and the amount of corrosion on the bridgeplate switch, adjustments are being made and preventive maintenance stepped up.”

TriMet is making the following modifications:

The Oregon Department of Transportation (ODOT), the designated rail safety oversight agency for TriMet rail operations as required by the Federal Transit Administration, was party to TriMet’s investigation and supports the preventative measures now being initiated.
According to an inspection report provided to TriMet on Friday, March 29, “ODOT was satisfied in our inspection that TriMet maintenance and safety staff has been working diligently to identify and resolve the door-open problem and that TriMet is very aware of the safety concerns and urgency of this work. While they have not yet been able to replicate the door open in motion problem, ODOT did not identify any additional area of technical investigation that TriMet has not already been pursuing.”


Train to return to service

The train involved in the incident is being equipped with diagnostic equipment. A redundant monitoring circuit system is also being installed to detect a failure immediately, should one occur. The train will return to service after these safety precautions and the bridgeplate modifications are made.

A rider did initiate a call to the MAX operator through the emergency intercom soon after the train pulled away from the Hollywood Transit Center with the door open. The operator did not activate the intercom and has been disciplined. As this is a personnel matter, no additional information is available.

In addition to its oversight of TriMet’s investigation into the open door incident, ODOT inspected doors on the Type 2 and Type 3 MAX cars based on allegations of poor maintenance made by Amalgamated Transit Union (ATU) leadership. Of TriMet’s 127 light rail vehicles, 79 are Type 2s and 3s.
Several years ago, during routine checks, TriMet maintenance workers observed mechanisms in the doors of those vehicles were wearing more quickly than expected. The agency began retrofitting the components and has hired additional staff to speed up the work.
ODOT inspectors found, “TriMet has addressed any door concerns on the older Type 2 and Type 3 vehicles in a timely, organized, and effective manner. During our inspection, we did not observe any vehicle doors that were in danger of falling off the vehicle.”
The inspectors estimated that a train door opens and closes approximately 250 times a day. Based on the number of doors on each car, the number of MAX trains and the amount service provided, they calculated that there are more than 200,000 door opening/closures a day and more than 74 million a year on the MAX system.
“Doors are the most active moving parts within the passenger compartment area of a MAX train, and require regular ongoing servicing in order to maintain consistent reliability. TriMet’s door-related maintenance service schedule appears to reflect a clear understanding of this principle,” stated ODOT. “Maintenance staff at all levels appears to be very aware of the safety implications of their work, and we observed a high level of dedication and proficiency in our inspection of Ruby shop operations.”
Read the ODOT inspection on MAX doors

Earlier this month, ODOT inspected the MAX rail system after claims of safety concerns were raised by ATU leadership. The report (link) released to the public found no safety concerns. “After 50 plus hours of inspections and reviewing of records, ODOT was unable to find any areas of a safety concern,” said ODOT Rail Safety Manager John Johnson.
Read the ODOT inspection on MAX trackway

While TriMet appreciates the ATU’s commitment to safety, the agency wants union leadership to stop these diversionary accusations to delay negotiations on a new contract. TriMet faces a future of service cuts and fare increases if the agency does not win the union’s challenge to the arbitration award last year and prevail in making reforms in the upcoming contract. Current contract negotiations are at a standstill as the ATU has refused to come to the bargaining table.
TriMet’s union employees have the most generous health care benefits in the country. If no other reforms are made in the upcoming contract, TriMet will face a $19 million service crisis beginning in FY17 that grows more extensive every year.
TriMet calls upon the ATU Leadership to return to the bargaining table to negotiate a sustainable contract that ensures the future of transit service that our regions wants and needs. 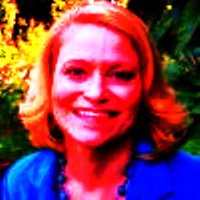 typical of trimet. I call customer service about problems every few days and the answere's always the customers fault.