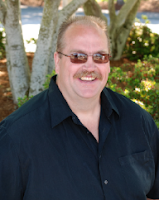 Brothers and Sisters NOW is the time to take back 757!!! Enough of Ron's bottom feeding off of this union. From International President, to unemployed. Not much money there. Saved by buddy Jon, the same one who sued the International for him, made a consultant, Jon must not of been capable in his President's position. I thought there was an International VP to help with negotiations. We always had one in the past!! Oh I almost forgot we have become a rogue local. We don't even need sanctions for a strike. But back to the subject. Why look for work when I can just feed off the local again and run for President.
If this is how you want your union run then vote for the shadow masters.
But for me I believe in honesty, intergerty and an open door policy. Take one look at Bruce ( sorry bruce) he is not one to be pushed around. He will stand his ground for all members of 757. His heart is as big as he is and he is in this for all of us!!! Not just for bruce. Now is the time to bring his new style of management to local 757.
The shadow masters have brought this union to it's knees. NOW IS THE TIME TO STAND TALL AND BE STRONG BRINGING LIGHT TO THE SHADOWS. Trimet will not know what hit them. I for one am voting for Bruce Hansen.

I wonder why Hanson did not run for secretary?

Seriously, Hunt stepped down to VP, so why shouldn't Hanson just try to get his foot in the door and run for Secretary?

If horsepower is what you seek why not take 1500 horsepower to a picnic and clean house?

This is the #1 reason I'm not voting for Hanson, he lacks vision and is maybe too focused on the picnic.