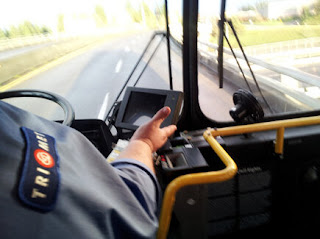 Why is it a flop?

What I can gather, is TriMet refused to actually train anyone how to use it. We actually had a class I attended, to learn about our new radios and announcements system.

So perhaps the radios are not a flop, but the implementation of them is?

I know your new system (the new BDS) is the same as Vancouvers Translink and C-Tran, and Community transit up here, and is the same company that does ours.

Nothing but problems with it so far.
As you can see from the picture its dead.

while the bus is ON and rolling on a route!

Probably wouldn't be having so many problems with it if operators weren't vandalizing and destroying it.