Find yourself depressed since working at Trimet? 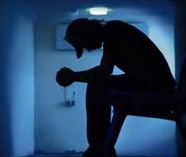 It turns out you're not alone, public transit tops the list of the most depressing jobs

Cut bus drivers and subway conductors some slack — folks in public transit are more depressed than those in any other job, a new study has found.
Researchers determined the frequency of depression of workers in 55 jobs, and published the results in the journal Social Psychiatry and Psychiatric Epistemology.
Public-transit workers are down in the dumps more than anyone else, with a rate of depression at 16.2 percent, according to the study.
Those working in real estate are nearly just as sad, with a depression rate of just under 16 percent, the study found.
Next in the depression line are social workers, manufacturing employees and those in personal services, legal services and publishing.
The researchers, who analyzed data involving 214,000 workers throughout western Pennsylvania, found that the jobs with the highest rates of depression tend to “require frequent or difficult interactions with the public or clients,” and have “low levels of physical activity,” according to an analysis of the study published by The Atlantic.
That might explain why, surprisingly, highway-construction workers and coal miners are among the happiest people.
The other lowest depression rates involved those in “amusement and recreation services,” the study said.
This included industries involving sports, fitness and the performing arts.
They had a depression rate of 6.9 percent.
And air-travel employees had a depression rating of a little over 8 percent.
Jobs more in the middle of the pack included truckers, human-resource managers, restaurant and auto-repair workers, teachers, engineers and health-care employees.
The study’s authors are from the Cincinnati Veterans Administration Medical Center, the University of Cincinnati and the Centers for Disease Control and Prevention.
They say it’s important to identify which workers are the most depressed because of the vast amount of productivity that’s lost to mental-health concerns.
Another study, published in The Journal of Clinical Psychiatry, found that $83 billion in productivity is lost each year to depression.
Posted by Al M at 12:43 PM

What's depressing is the FACT that I paid over $30,000 in TAXES last year, and i pick up scum bags who CHOOSE not to WORK a FUCKING job, but the mentally handy cap people do go to work...WTF