The liars and thieves who call themselves the Trimet board of directors have been co-conspirators with Mcfarlane from the very beginning to rob the union employees of their hard earned benefits and to enrich executive class of Trimet at the expense of the  public.

Transit executives are a very special breed of unaccountable bureaucrat. There are a handful (like Mcfarlane) who make absurd salaries. These salaries are higher than the governors of the states they work in. For example Kitzhabers salary is about 100k,  Mcfarlane makes three times that.

Public transit in the United States is about crony capitalism and not about serving the needs of the public. The public is dead last on the list of importance in American public transit.
And despite all the mainstream media bullshit about America 'being in love' with transit the truth is that most Americans hate riding it. They ride because they have to. The dirty little secret  that mainstream media will never tell anyone about.

All the while those sock puppets kept talking about Mcfarlanes salary being below 'market', That was a bold faced lie but like everything else at Trimet, lies are passed off as truth and nobody (except some minor bloggers) ever challenge the bullshit.

So Mcfarlane is having a very Merry Christmas. He has become a rich man at the expense of his employees and by robbing the tax payers.

Below is the actual chart of market based salaries for executives in the transit industry, none of the salaries come close to Mcfarlanes 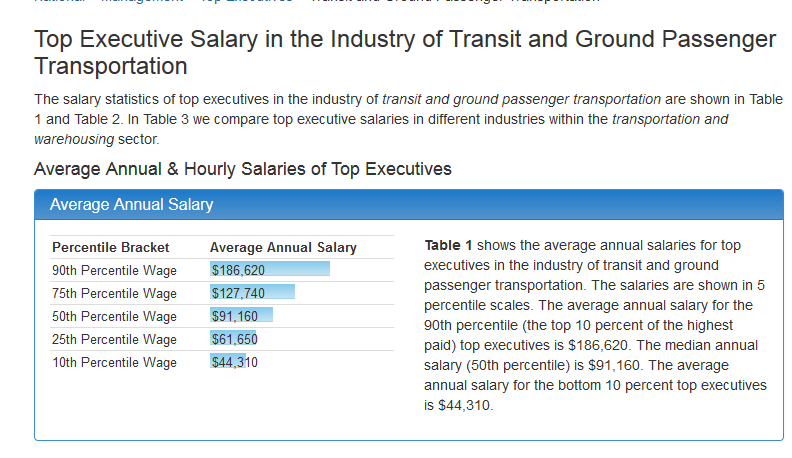