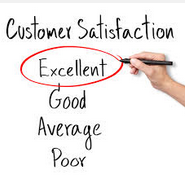 You know what's interesting about this?
If Trimet actually believed this themselves they would have a tax increase ballot measure in the works.
Instead they are attempting a back door tax increase using their cronies at the state legislature.

• Overall rider satisfaction remained constant at 87 percent, the same as in 2014.
• Overall approval of TriMet remained high at 72 percent
• 87 percent of non-riders said they value the benefits that TriMet provides to the region, up from 84 percent in 2014.
DHM noted that this survey included more responses from non-riders, which played a role in overall slightly lower ratings, as riders typically provide higher ratings. The results were released today at the board of directors meeting.