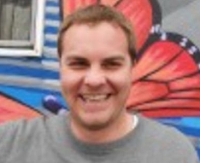 Jared Franz and OPAL did significant work on Trimet budget issues. In 2012 Trimet managers (all who are still there) represented themselves as being "broke" to the public and their employees. There were serious problems with the budget they presented and OPAL (Jared) called them out on this. These career technocrats, who themselves lost nothing during the so called "great recession" cut employee benefits, cut transit services, and raised fares.

Lo and behold Trimet technocrats  hid nice hefty raise for themselves, a raise that has compounds  every year, and will eventually cost tax payers millions and millions of tax dollars.

In case you have forgotten your Trimet history as soon as the arbitration was over Trimet all of a sudden start spending money like a drunken sailor. I have a long list of things that the Trimet technocrats  have lied about in the past and will start riposting those things so we can all be reminded that these people  think Trimet is there for their benefit. They play all sorts of games with money most of which are never made public.

I don't have the kind of unlimited time I used to to go back and find all the various posts I have on Jared and OPAL but here are a couple of Franz presentations to the Trimet board.


Jared Franz of OPAL says "this Trimet budget cannot be approved" from al m on Vimeo.