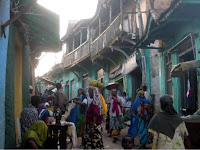 All around the country and the world everybody is putting in light rail.
Do you smell the  "GLOBALISTS"  like I do?

Even in Ethiopia, where people are starving ,they are spending money on this sort of thing!


How is it possible to be a mass government movement for all this light rail unless there are some hidden forces at work?
All of our public transit dollars have been taken away from the once excellent service and thrown into these light rail projects.

Does anybody else ever wonder why public transportation in this country was so much superior in the past than it is now?  What happened?
Why did things turn around so badly for mass transit riders?

I'll tell you why, Mass Transit has been hijacked by the globalists for the benefit of corporate power. Light rail takes people to areas  that business people want them to go.

The wheels of government have been slowly turning to take every single benefit that the government used to provide for the citizens away and hand those tax dollars over to the benefit of the global corporations.

And we even see the same nonsense that Trimet gave us showing up in Australia!